Welcome, Guest
Forum
Wildlife Forum
Endangered Wildlife
Rope Bridge May Be Able To Save The World’s Rarest Primate From Extinction 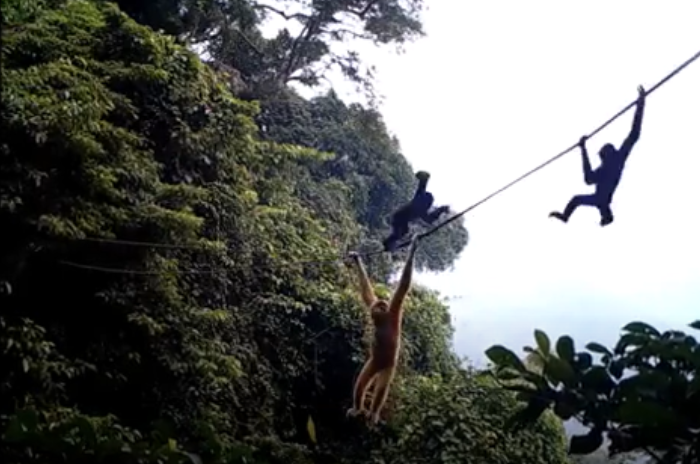 As the Zoological Society of London has informed the public, the rarest ape in the world is the Hainan gibbon. Not only are they the globe’s rarest ape, but they’re also the rarest primate and perhaps the rarest of mammal species in the world.

Back in the 1950s, the Hainan gibbon had a population that was estimated to be about 2,000 strong. However, as of today, conservationists believe that there are roughly 30 left! The International Union for the Conservation of Nature has them officially listed as critically endangered.

The Hainan gibbon is native to a small portion of China’s Hainan island. The only problem is that there was a landslide back in 2015, which was a result of the Typhoon Rammasun, and it ripped a division in the forest. This made it difficult for the primates to travel across the forest in search of food – especially since their native habitat was already facing many other challenges such as deforestation, among other environmental problems.