Stroop: heart-wrenching movie that provides a journey into the depths of the Rhino war. Covering the poor South African communities drive for income through poaching, the fight of the brave rangers putting their lives on the line, the court battles and finally an undercover expose into the Asian markets for jewellery and traditional medicine.

Watch the full movie at:

For an amazing journey into this atrocity watch the full film by renting it online. Just click one of the below links to watch the movie.
Go to Facebook to see the latest screenings.
"The only thing necessary for the triumph of evil is for good men to do nothing" Edmund Burke.

The movie provides an unbelievably comprehensive account of the state of Rhino poaching in Africa all packaged in an award-winning documentary. Stroop has won too many global awards to mention including some of the most prestigious wildlife film awards. Truly a must watch. 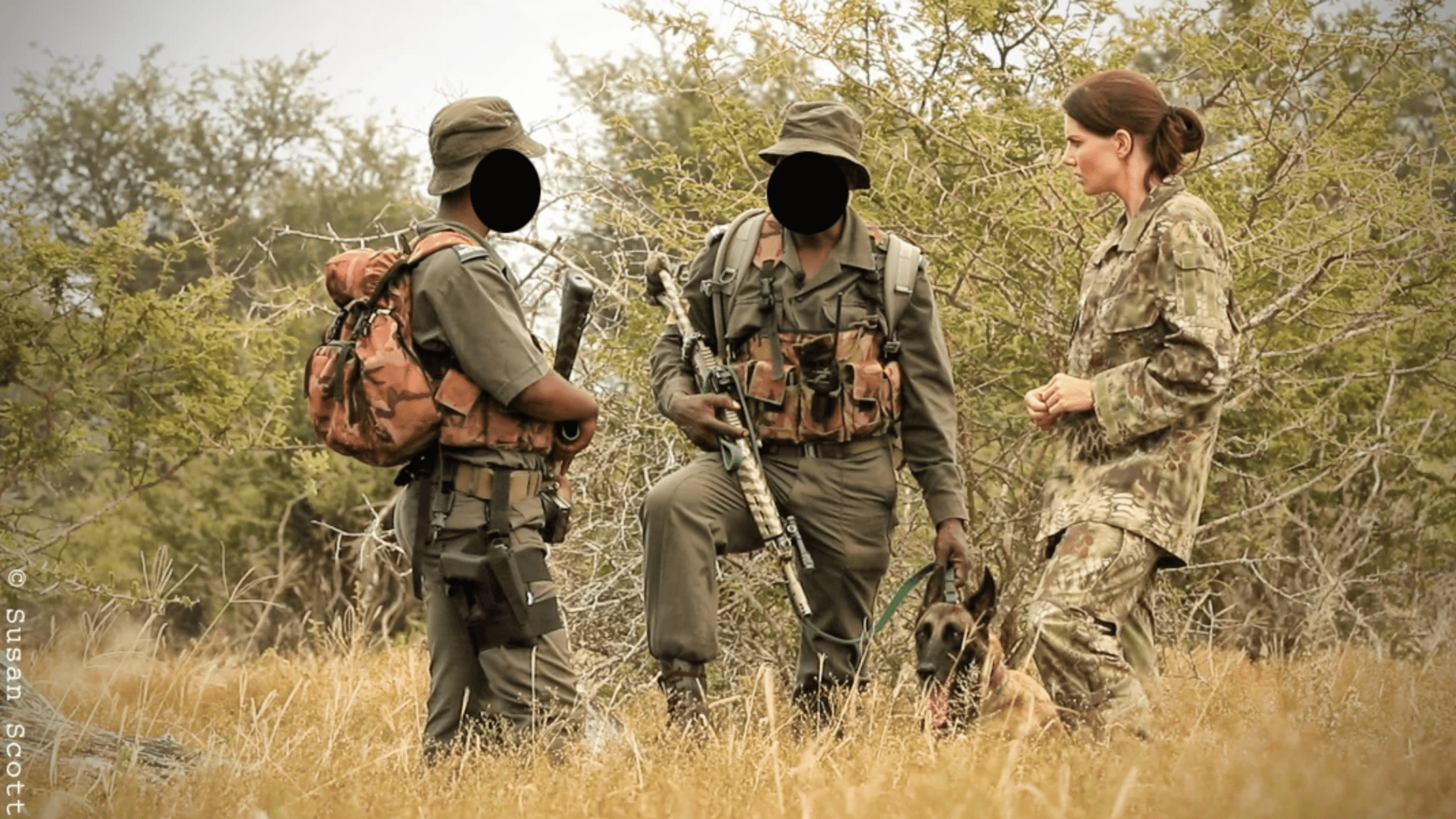 The Rhino war in Africa

On the ground, in Africa, the efforts to stop Rhino poaching resembles a war. The poor communities that surround the private and public conservation areas in South Africa live in poor conditions. The relocation of colonialism separated them from the land and the natural heritage that they used to call home. Some of these community members join the local poaching gangs at first to feed their family later for status and money.

Brave rangers in many cases from the same communities fight for the Rhinos on a daily basis. Air and ground teams track poachers and risk their lives to protect Rhinos from harm.

Teams of people including volunteers, police officers, forensics, public prosecutors work tirelessly to make sure the poachers are apprehended and convicted. 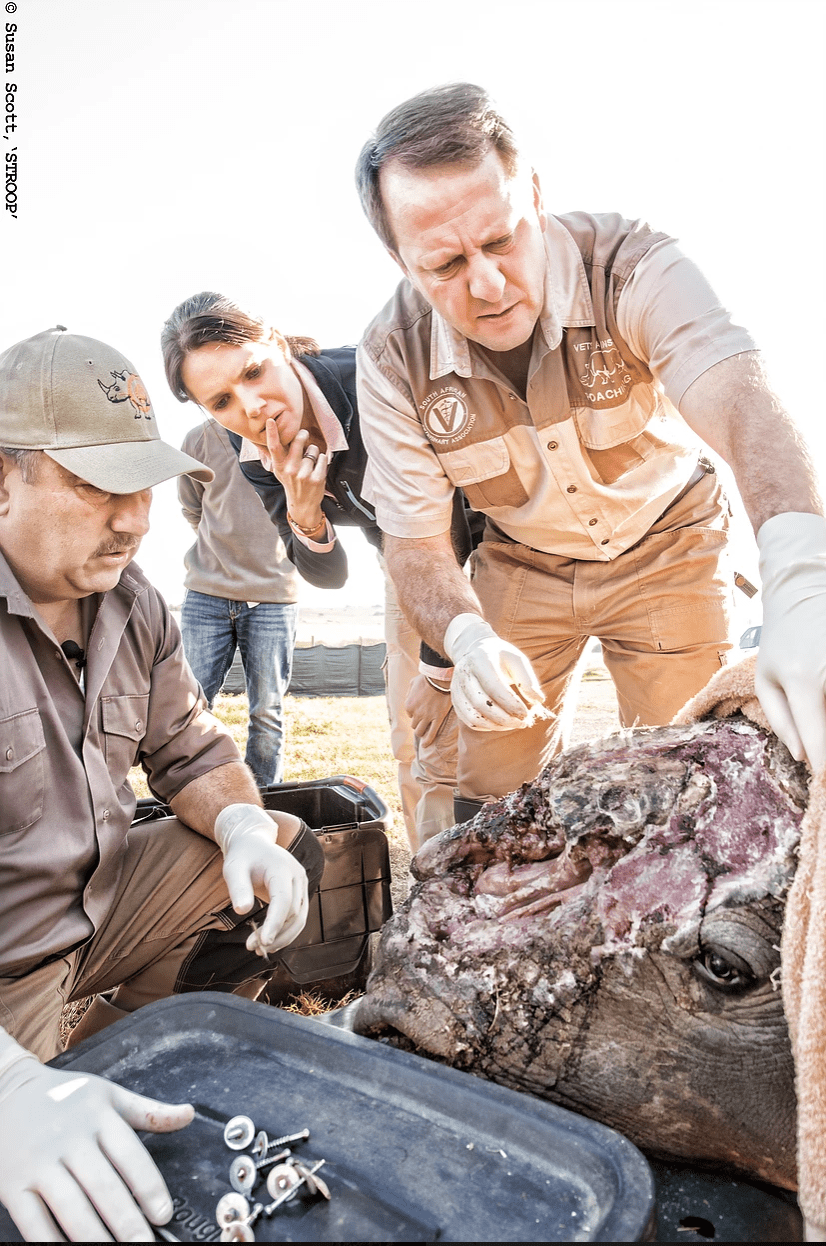 Rhino poaching creates many "victims of war". This is an image of Hope that vets are trying to save with groundbreaking treatment developed by local veterinary academics because no treatments were available it became critical to find solutions to keep precious few alive.

Volunteers provide their time to nurse the baby Rhinos that are orphaned by the conflict. Young Rhinos are dependent on their mothers for 18 months. The daily personal care for these young orphans takes major commitment. 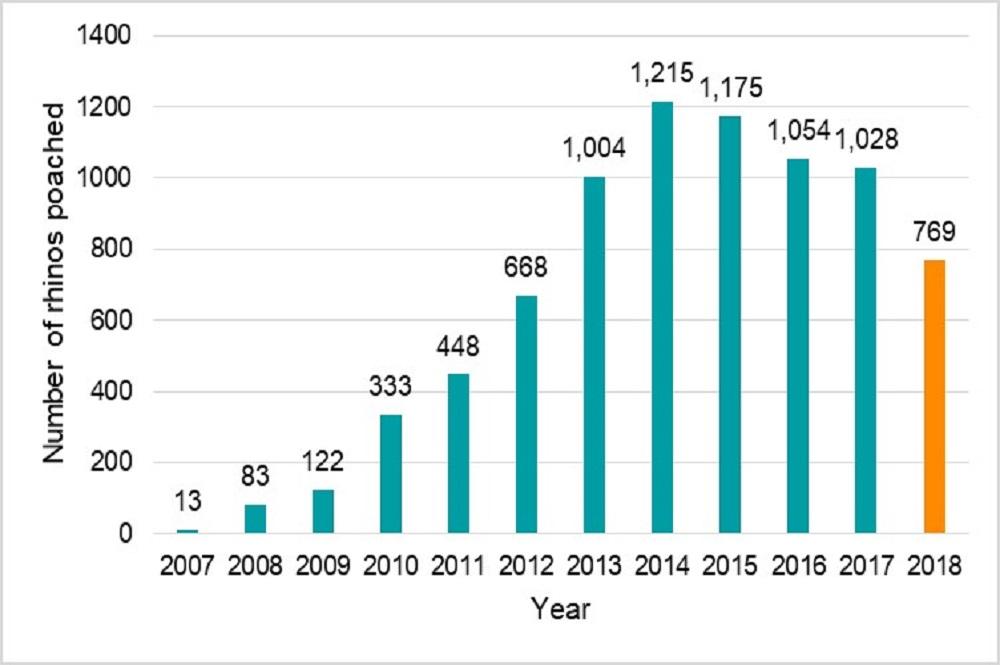 The fight against poaching in South Africa has had some positive results. The brave work done by these volunteers and professionals has definitely made a difference. The numbers released by the Department of Environmental Affairs show a decrease in Rhinos lost in 2018 but the fight is far from over. 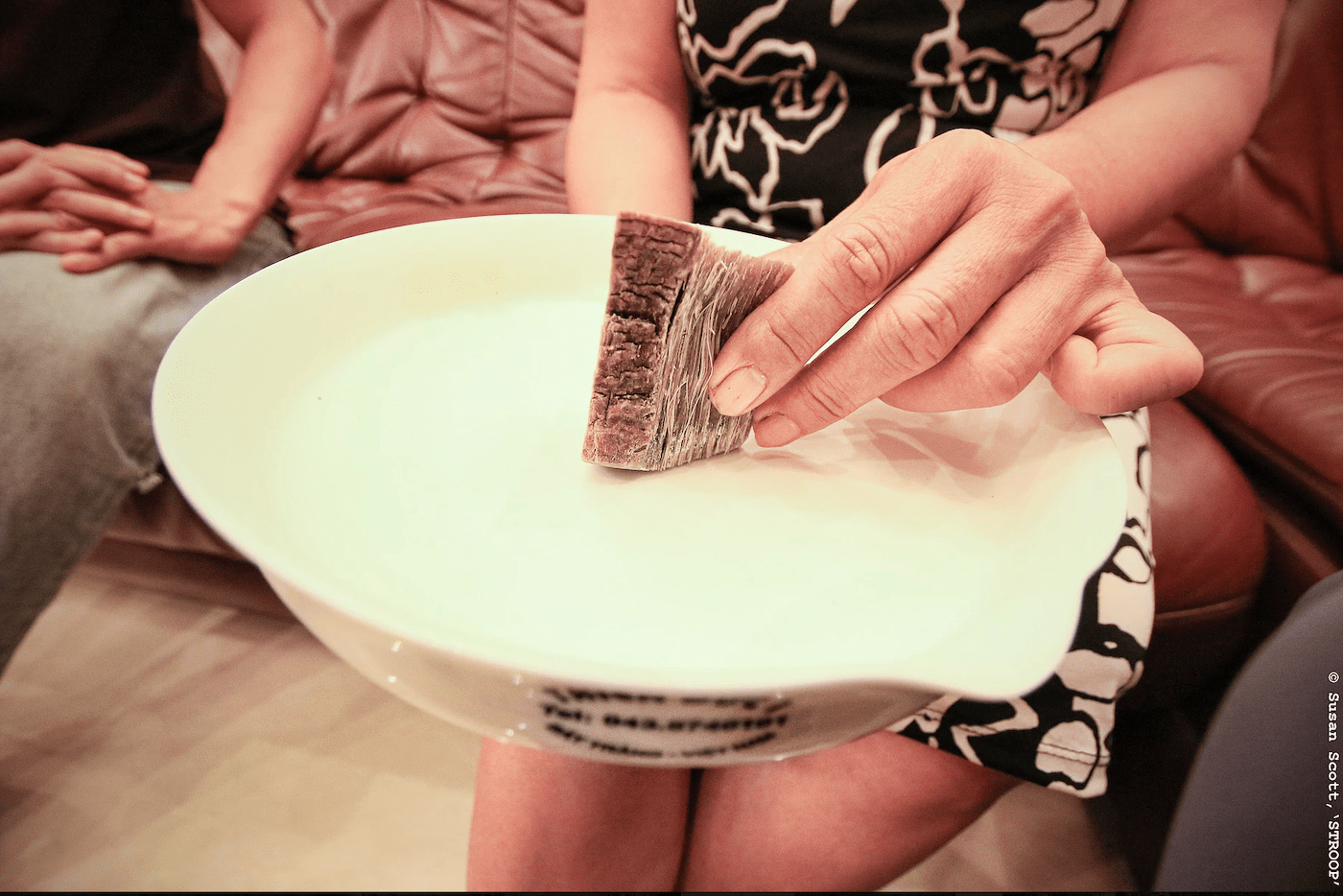 The Rhino Horn Market in China and Vietnam

Even though a lot has been done by various governments the informal trade in rhino horn is still active. The undercover filming exposes the end market for the rhino horn in China and Vietnam. Chinese Traditional Medicine (CTM) is alive and well, although the prescription of rhino horn is illegal the film indicates that the practitioners still believe in its healing powers. "If you can source it use it" is the implied message the traditional healers portray. The above image from the film portrays a cancer patient with her rhino horn.

The use of rhino horn to produce jewellery and cups are alive and well in Vietnam. Rhino and other "natural" jewellery are worn by the rich elite. The cups are bought as the belief exist that drinking out of the horn cup provides healing properties as well as the sign of prestige.