The Gamkaberg Nature Reserve's 10 430ha occupy a slice of the eponymous mountains and a fraction of the 80 000ha Gamkaberg Conservation Area.

A series of recent additions to Gamkaberg nature reserve, midway between Calitzdorp and Oudtshoorn in the Western Cape, has put the CapeNature facility back in the spotlight. Among the changes is the inclusion of a new lodge for guests with special needs.

The development is likely to be very welcome considering how long the reserve has been inaccessible to nature lovers confined for example, to wheelchairs. The reserve was established in 1974.

More About the Reserve

Its 10 430ha occupy a slice of the eponymous mountains, and a fraction of the 80 000ha Gamkaberg Conservation Area. Gamkaberg also forms part of the Swartberg Complex which was expanded in 2015 and now comprises 1 873km² designated as a Cape Floral Region Protected Area and World Heritage Site. 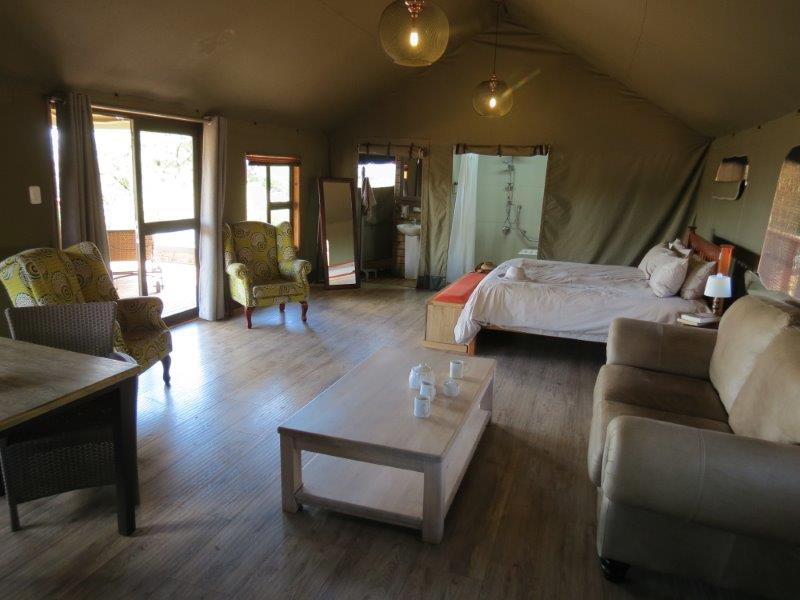 The open-plan interior of Xami Eco Lodge allows for unencumbered movement for those visitors in a wheelchair.

Here, the rugged landscape is characterised by deep ravines, which are a magnet for rock climbers, and a mountain plateau. Four biomes intersect at Gamkaberg – Fynbos, Succulent Karoo, Subtropical Thicket and Evergreen Forrest.

Getting here involves travelling either the R62 or the old cement road that connects Calitzdorp and Oudtshoorn. The dirt road to the visitor centre and main accommodation area good enough to be accessible with a standard sedan while tracks into the mountains do require a 4x4 vehicle.

The reserve has been a popular destination for decades thanks in large part to a number of prominent accolades. A few years ago, it was named among the Top 50 most sustainable and responsible safari destinations in sub-Saharan Africa and the Indian Ocean islands by Africa’s Finest guide. Its Tierkloof Trail was also named one of the world’s best.

Another drawcard has been the range of activities from picnics for campers and day-visitors to 4x4, group overnight packages and multi-day hikes. To these was recently added the 11km Fontein Loop along the Zebra Crossing 4x4 Route as well as new accommodation. 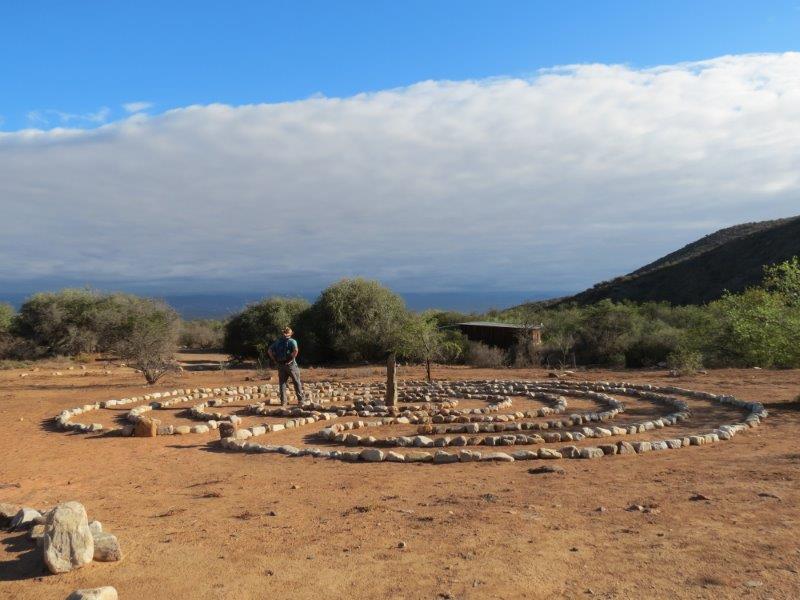 The reserve’s labyrinth adds a contemplative element to the natural surroundings.

The site at Oukraal on the mountain plateau now has four new “herders huts” and an Enviro-loo toilet on site. This can only be reached by 4x4 vehicle.

Then, there’s the new Xami Eco Lodge, a gas and solar-powered two-sleeper cottage designed to amongst others, accommodate wheelchairs. The bathroom has special grip handles for ease of use in the toilet and shower; and, there’s a carport with a long, gradual ramp to the cottage deck. From here, there’s a view of the surrounding bush and valley shaped by the Olifants River and the distant Swartberg Mountains.

Its other facilities include an eco-pool with loungers and open-plan living space that includes a small, well-equipped kitchen. As with the other accommodation spread around the reserve, Xami Eco Lodge is secluded by surrounding bush where a variety of species occur.

While the Gamka name derives from the Hottentot word for lion, the cats don’t occur here anymore. Its cousin the leopard does however and is monitored by CapeNature and the Cape Leopard Trust.

The reserve was initially established to protect a herd of Cape Mountain Zebra. From just five in 1976, there are now ten times that number roaming in the area.

Other mammals that occur here include aardvark, baboon, eland, kudu, aardwolf and black-backed jackal while the reserve is home to a variety of reptiles, birds and insects. 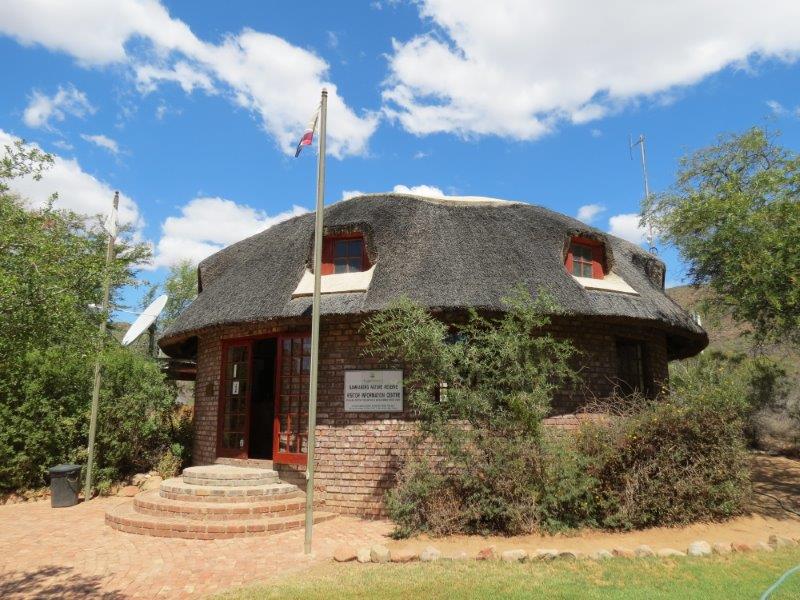 The first stop for visitors to Gamkaberg Nature Reserve is the visitor centre, which provides information and firewood if you haven’t brought your own.

Special displays along even the shortest walking trail highlight Khoisan rock art, stone tools and invertebrate fossils found in the region. An open-air interpretative centre provides context of geography, geology, history and early hominin inhabitants. Nearby, a meditational labyrinth has been laid out, providing an opportunity for reflection in a spectacular natural setting.

Accommodation prices range from R650/night, and camping, from R140/night. This excludes conservation and other activity-related fees. For more information, visit https://www.capenature.co.za/reserves/gamkaberg-nature-reserve/.