Watch the Eye of the Pangolin movie online and fall in love with this little creature like I did. This incredibly insightful movie provides a look into the secretive pangolin's life. Thanks to environmental funding, you can watch this full production movie on Youtube for free. Instead of switching on the Netflix streaming tonight, why not try this 45min Youtube movie.

From the co-director of Blood Lions, this powerful documentary is the story of two men on a mission to get all four species of African pangolin on camera for the very first time. As they travel the continent to learn more about those caring for and studying pangolins they are captivated by these strange, secretive creatures and document the race to save them from being poached to extinction. Filmed on location in South Africa, Ghana, Central African Republic and Gabon

Win an African safari by watching the Youtube video

Complete a quick quiz after watching the video and you can win an African Safari. The magnificent prize includes 10 nights in Victoria Falls, Chobe National Park and the Okavango Delta as well as USD5,000 towards the cost of the winner’s international flights. The safari is sponsored by Pangolin Photo Safaris - Africa’s leading photographic safari operator and lodge owner – in partnership with Ilala Lodge, Bushman Plains and Mack Air.

For a chance to win the holiday of a lifetime visit pangolinphoto.com/the-quiz 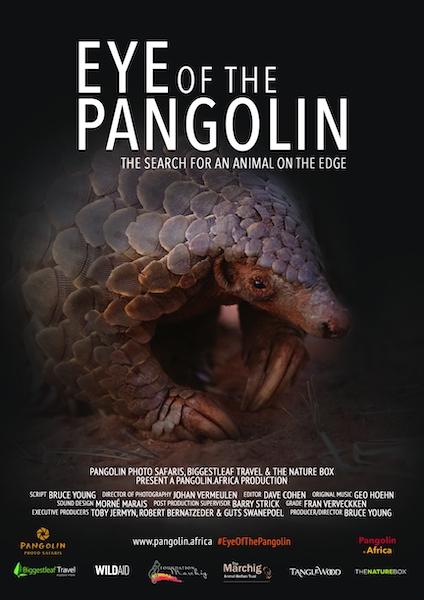 Eye of the Pangolin, the ground-breaking new documentary about the most trafficked mammal on earth, premiered on Friday 17 May, Endangered Species Day, and was made freely available online for worldwide viewing from Saturday 18 May.

Pangolin.Africa, an NPO dedicated to the conservation of this species and a major partner in the production of the film, is taking a unique approach to distribution of this much-anticipated film, in a bold attempt to make this the most watched wildlife documentary ever.

Pangolin.Africa is utilising streaming services, as opposed to more traditional channels, for global distribution thus harnessing the power and popularity of YouTube to take the film to the world.

Says, Toby Jermyn, director of Pangolin.Africa, “We are fortunate to have secured funding for production of the film so we don’t have to sell it on to networks to recoup costs. As we are not tied to a distributor, we’re able to make it freely available as an open source film, allowing us to reach the greatest possible number of viewers in the shortest possible time. The widespread accessibility of the internet – even in remote areas - means fewer barriers to entry for viewers than if we were to screen the film in cinemas. Currently the most watched wildlife documentary on YouTube has around 10 million views and we are determined to exceed this.”

A Temminckís Ground Pangolin in the Kalahari in southern Africa, fitted with a telemetry device to help monitor his behaviour and distribution range 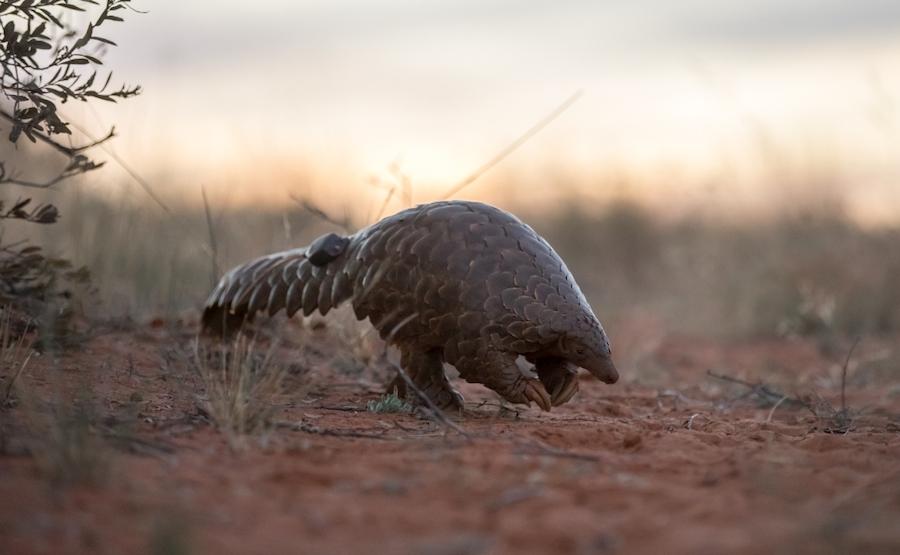 Pangolin.Africa’s participation in the production of the film aligns strongly with one of the primary aims of the NGO which is to highlight the plight of the four African pangolin species. To ensure the greatest impact of the film the organisation will be translating Eye of the Pangolin into a number of African languages and will take the film to rural schools and other educational establishments in high poaching areas across the continent through an intensive screening campaign. 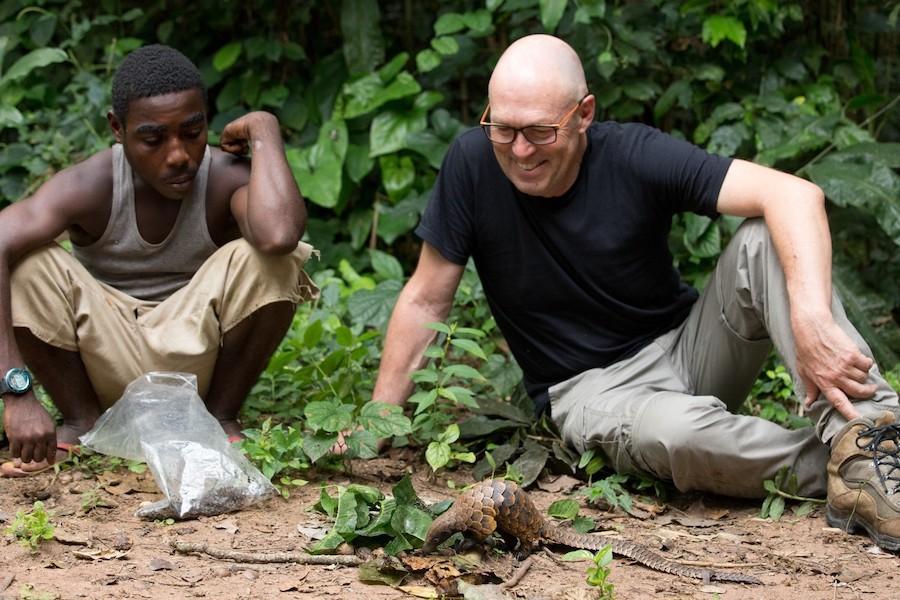 The situation facing the African pangolin has reached a tipping point. Growing demand for their scales and meat used in Traditional Chinese Medicine is fueling the horrific poaching and illegal trade that is pushing this species to the edge of extinction. In April 2019 alone, two separate seizures by Singaporean customs officials resulted in more than 24 tonnes of pangolin scales being confiscated. This equates to approximately 69,000 pangolins.

The producers of Eye of the Pangolin believe that if people come to know the pangolin they will care enough to help put an end to this wildlife crime before this species disappears in our lifetime. In addition to creating widespread awareness of the species, the film will also serve as a free online tool for education in schools, wildlife colleges and environmental law enforcement agencies. 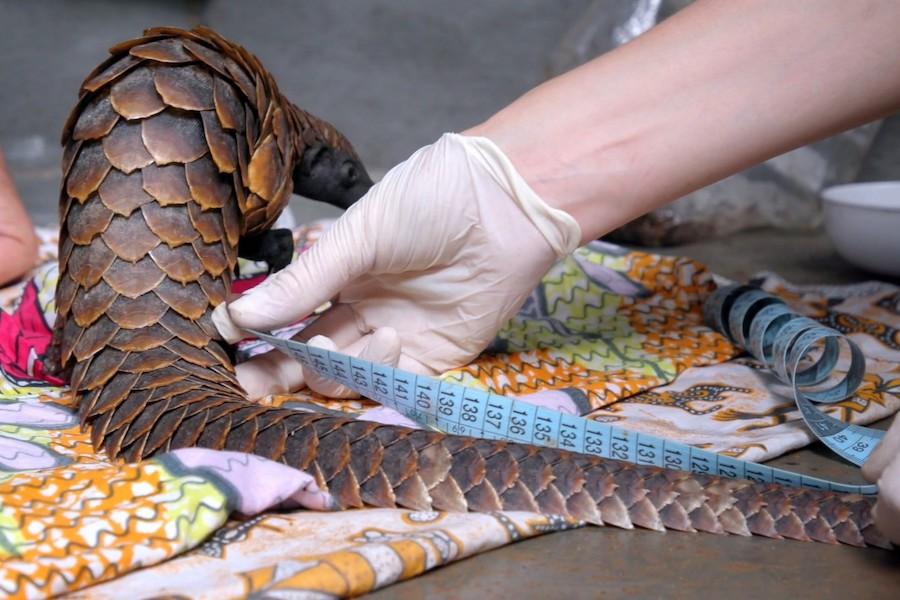 “We are excited about the incredible potential the film has to tell people about pangolins and the urgent need to work together to save them. We are confident that embracing modern and freely available distribution channels is the most effective approach to help us quickly gain ground in the fight to save a species,” says Jermyn.

Production of Eye of the Pangolin film has been made possible with generous support from WildAid, The Marchig Animal Welfare Trust, Foundation Marchig, Tanglewood Foundation, Biggestleaf Travel and Pangolin Photo Safaris.

Pangolin.Africa is a non-profit organisation dedicated to the conservation of the most highly trafficked wildlife species on the continent: the African Pangolin. Through a three-pronged approach of Publicity, Participation and Protection, the organisation is working with partners in the tourism, conservation and corporate fields to increase general awareness of the species; contribute towards much-needed research; and support law enforcement in combating the illegal wildlife trade that is threatening the survival of this species. Pangolin.Africa is a major production partner in the film Eye of the Pangolin. For more information visit www.pangolin.africa and follow their progress on social media. 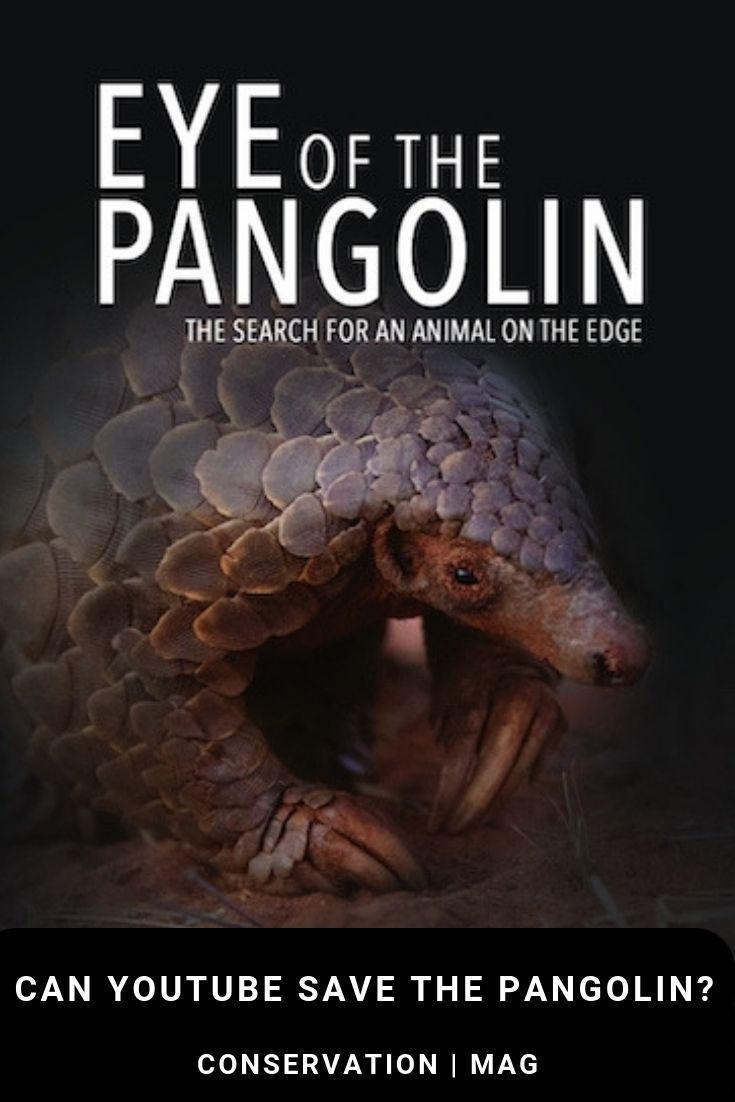 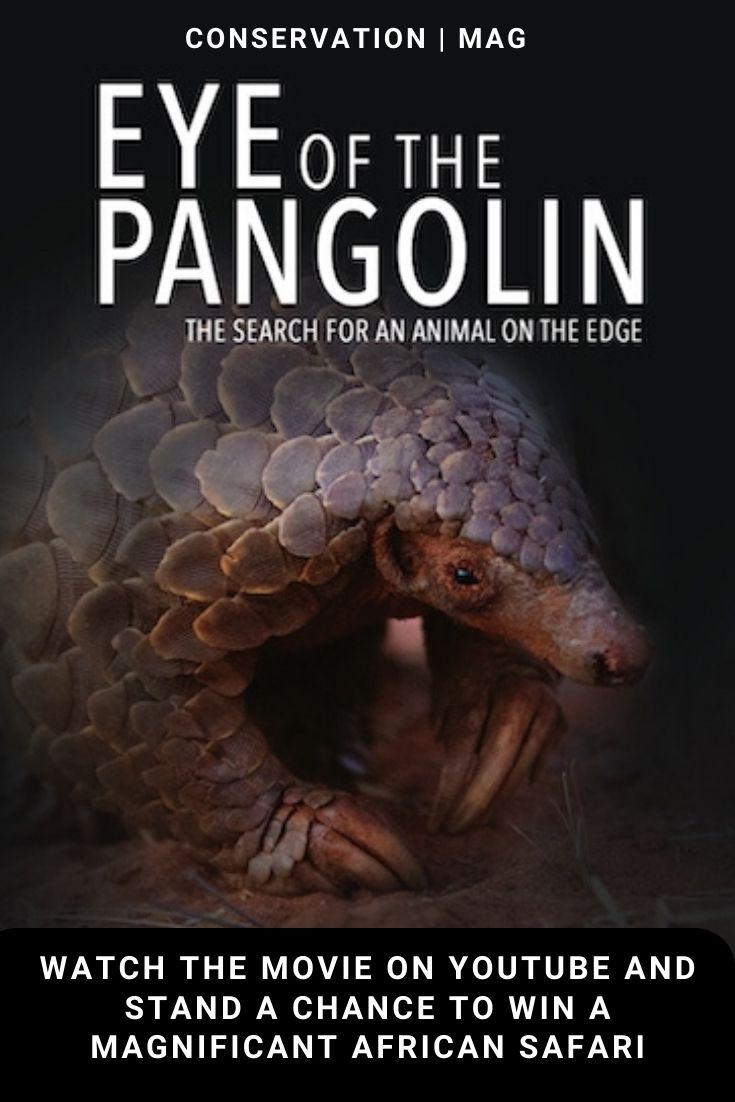 In the firing-line: An exclusive interview with the elite anti-poaching unit at Singita South Africa

Shark Conservation in South Africa: the good, the bad and the ugly 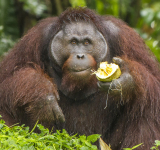