What Kenya must do to save its roan antelope population 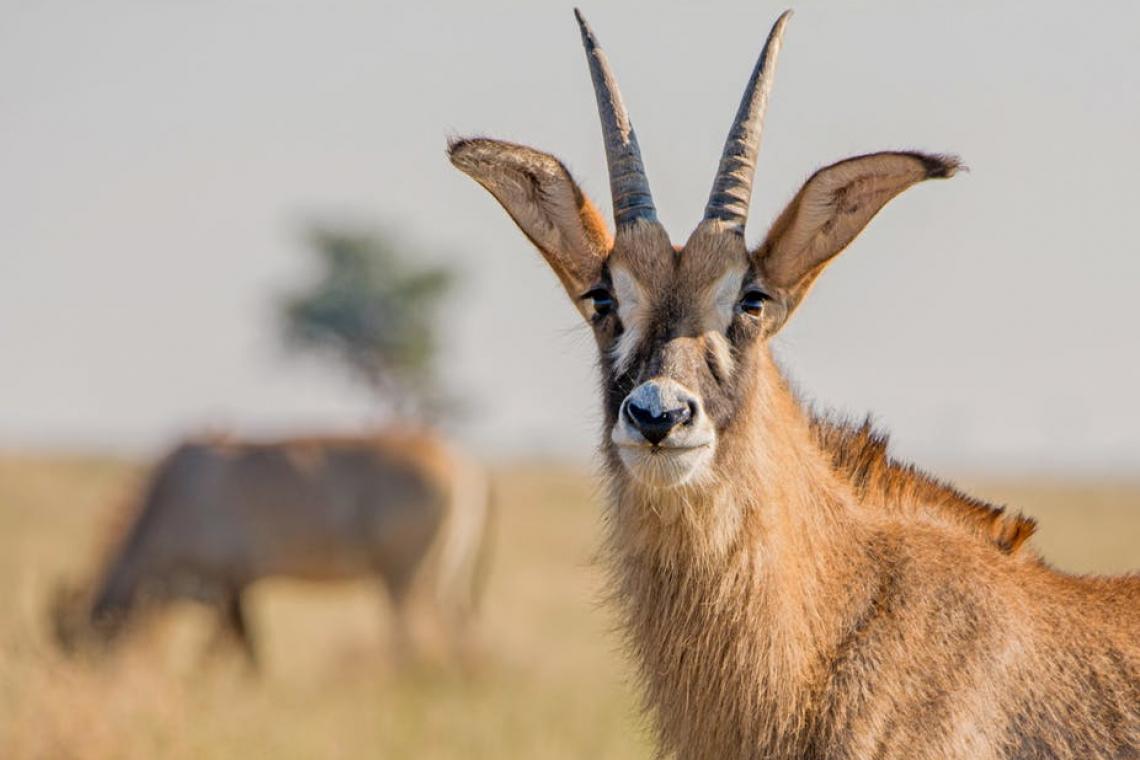 Roan antelopes are Africa’s second-largest antelope species. Their populations are stable and growing in some African countries, but in others – like Kenya –they’re threatened with extinction. To address this, the Kenya Wildlife Service is launching a recovery plan. Johnstone Kimanzi sheds light on why their numbers are declining and what can be done to protect them.

Where can roan antelopes be found in the world today and how many are left?

The roan antelope, which is endemic to Africa, used to be one of the most common antelopes – found in almost all African savannas. It is found in 30 countries, mostly within western, central and eastern Africa.

Today there are an estimated 60,000 roan antelopes remaining in Africa. One-third of these are concentrated in four countries: Burkina Faso, Cameroon, Zambia and Tanzania. About 60% of them live in protected areas.

In general, the overall population trend of roan antelopes across countries is that they’re decreasing in number - one-third of their population is stable or increasing.

What’s caused a decline in their numbers?

In Kenya, there has been a huge decline in the number of roan antelopes, from 202 in 1976 to 19 individuals in 2019. Roan antelopes are now only found in Ruma National Park, in western Kenya.

This is primarily the result of killing for meat and traditional values – such as horns for musical instruments and skin for burial ceremonies.

Poaching is a major threat. In 2013 my colleagues and I revealed that the decline of roan antelopes between 1976 and 2008 was due to snares with an average of 10 roans poached each year.

Ruma National Park is highly accessible to poachers because of a public road and footpath that cut across it. High vantage points adjacent to the park also allow poachers to monitor wildlife and the activities of Kenya Wildlife Services personnel. In addition to this, there’s not enough patrolling and monitoring. Poachers are able to use these advantages to lay their snares in the park. It should be noted however that since the translocation of black rhinoceros into the park in 2012, security patrols have been greatly increased.

Alongside poaching, there are other threats which limit the roan’s population growth.

Too many young roan antelopes are being preyed upon by mainly hyena. For example, in one three-year period (1993-1995), six out of 16 calves born in Ruma were predated on. This is because young roans are kept away from roan herds for six weeks after birth by their mothers and are therefore exposed to predators.

Roans have also lost a lot of their habitat because of bush encroachment. Roan antelope are sensitive and will not survive well to any increase in the density of woody plants or reduction in grass cover as has happened in many protected areas.

In addition to this, a perimeter fence was put up around Ruma in 1994, isolating their habitat. They can’t range freely, which would be ideal.

Fencing leads to more competition between grazers. It also means that they are exposed to mineral deficiencies and excesses in soil and plants. This could affect reproduction and death rates in roans.

The changes in weather – like more frequent, and longer, droughts – have made things worse. During dry seasons, the only source of water in Ruma national park is the Lambwe River, which dries up in extreme drought. This puts huge stress on the water-dependent roans, whose body condition deteriorates due to dehydration, making them more susceptible to disease and consequently death. When the river is in flow, the roans have the added threat of travelling through thick riverine vegetation, which makes them easy prey.

In areas where they come into close proximity with livestock, roan populations are susceptible to diseases, such as anthrax.

The current small population of only 19 roan antelopes in Ruma is at its lowest level in a decade. This may have already resulted in high levels of inbreeding, which would increase the antelope’s vulnerability to disease and stress and reduce their fertility, growth rate and survival.

How can these threats be addressed?

There are a few steps that Kenya must take to establish, and maintain, a stable and growing population of roan antelopes.

New breeding individuals need to be brought in – for instance from neighbouring Tanzania – to mitigate the effects of inbreeding depression and increase the population in Ruma to at least 50. This is the minimum number needed to maintain healthy population growth. The roan population dipped below 50 individuals in 1990 and hasn’t been able to recover since.

Within the park, the roans need a predator-free sanctuary with less competition from other grazers. Eventually, when numbers grow, the roans can be released into Ruma and other former ranges, like the Maasai Mara National Reserve.

To eliminate poaching, footpaths into the park must be closed and cars using the public road should be inspected. There needs to be routine monitoring and maintenance of the park’s electric fence. The park also needs intensive de-snaring operations, and intelligence networks need to be developed to put an end to poaching. Camera traps would be a useful resource.

To make the habitat more hospitable for the roan, the Kenya wildlife service needs to construct and rehabilitate small reservoirs that catch surface runoff water. For good water supply, more must be done to protect existing springs and catchment areas from human degradation. This water can then be pumped to water troughs during the long dry season.

The park also needs a comprehensive fire management plan and plan that combats invasive species - such as Mauritius thorn, Datura stramonium and Eucalyptus fiscifolia - to protect the roan’s grazing areas.

Vets should be brought in to diagnose and treat sick animals.

Another step is to find ways for nearby communities to generate income from nature conservation activities such as wildlife photography, bird-watching and tour-guiding. This will help support the long-term survival of the animals.

Kenya has a plan to protect the roan antelope. Is it too late?

No, it is not too late. The roan population was only 22 individuals in 1995 and they’ve managed to grow and survive.

In South Africa, intensive management of roans increased the population at a rate of 20% per year.

I’ve modelled that a population of 43 roans could reach over 550 roans in 45 years if a 32km₂ intensively managed predator-free sanctuary is established in Ruma National Park. This would be coupled with re-stocking roan groups from other countries, eliminating poaching and predation, improving habitat and increasing the human resources to protect them. 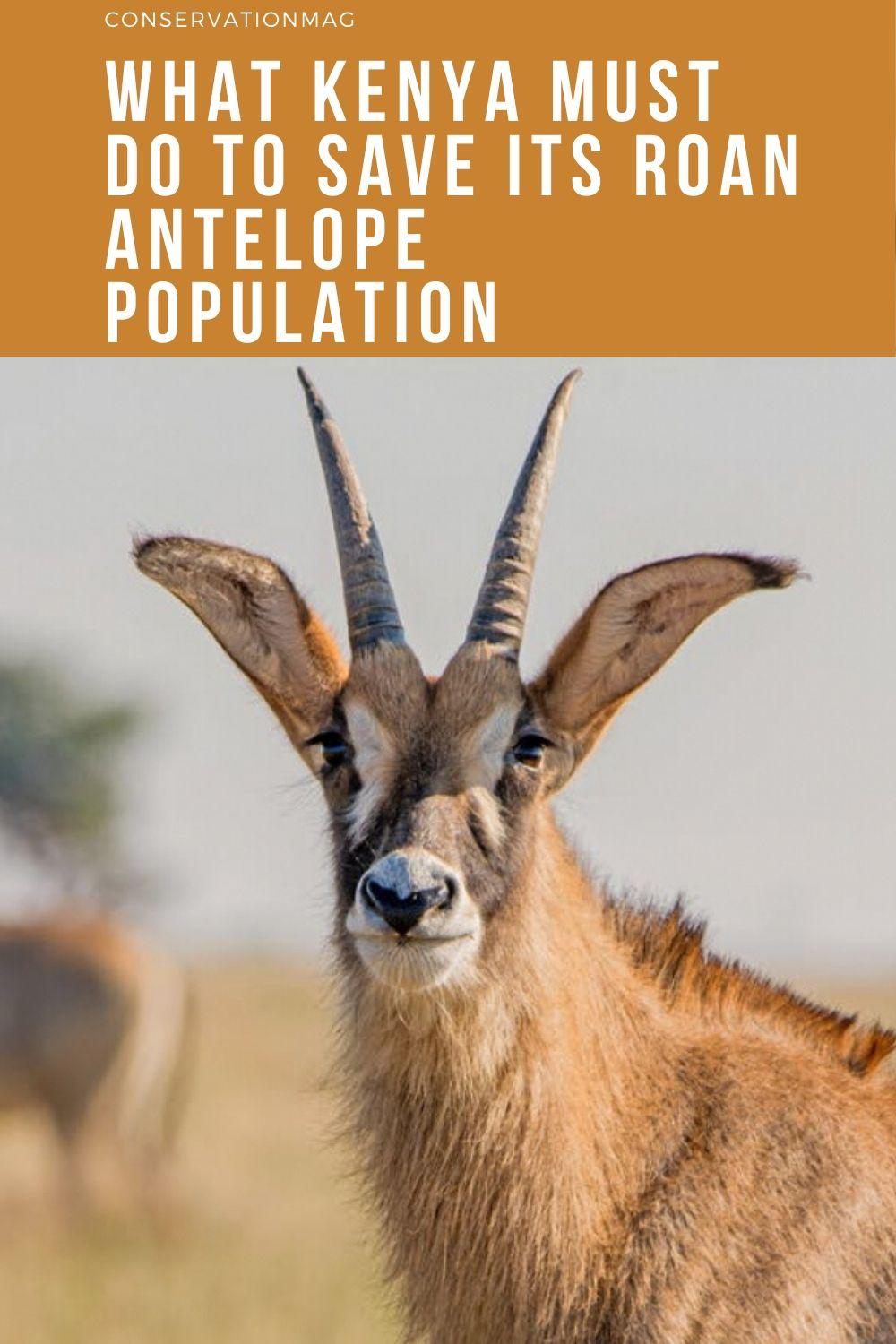