Wildlife zones to protect all of South Africa’s rhino 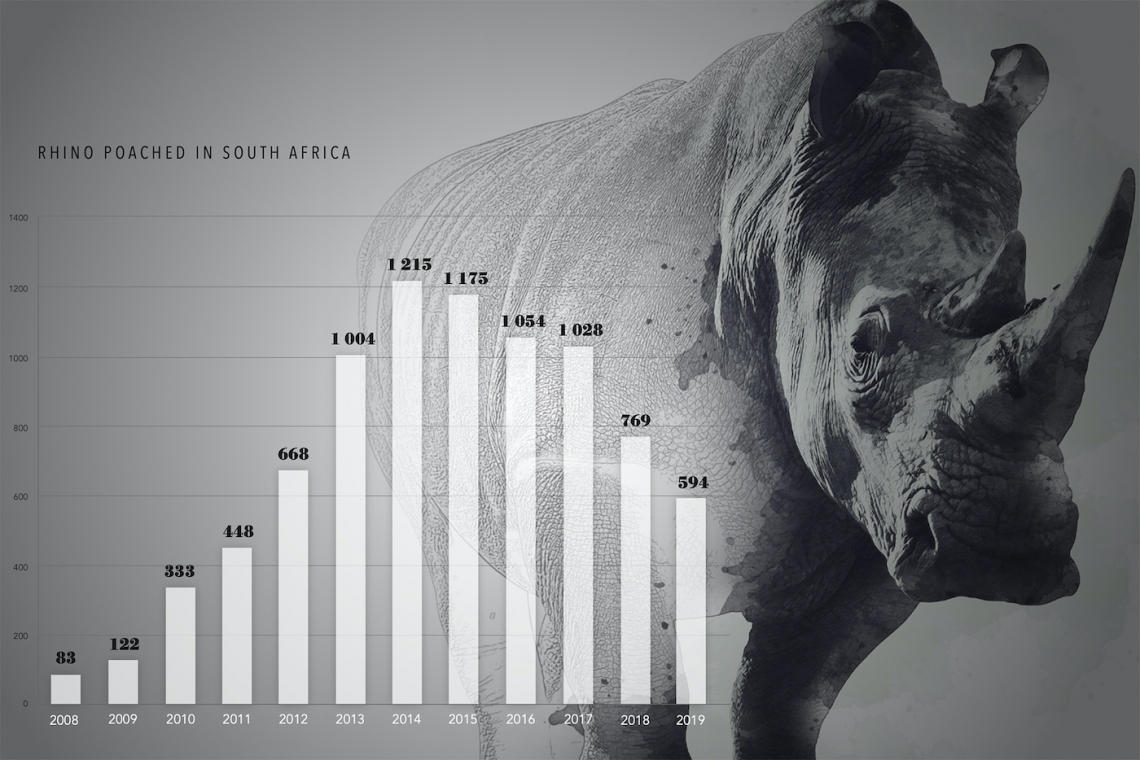 South Africa’s multitude of public and private rhino custodians are coming together like never before in an initiative that will see all South African rhino being protected as a single national herd.

South Africa’s Department of Environment, Forestry and Fisheries has announced the launch of the Wildlife Zones initiative that brings together proven anti-poaching strategies and technologies on a national level to protect the country’s rhino herd – the largest population of white and black wild rhino in the world - collectively.  This project is supported by Peace Parks Foundation with funding from the US Department of State Bureau of International Narcotics and Law Enforcement Affairs (INL), as well as the Dutch, Swedish and UK People’s Postcode Lotteries.

“By demarcating areas primarily around rhino populations, wildlife in the area, as well the people living in and around conservation areas, will be protected,” said Minister Barbara Creecy, Minister of Environment, Forestry and Fisheries.

For the first time in many years, South Africa is showing a downward trend in rhino poaching. A major contributing factor is the decline in the number of rhinos lost in Kruger National Park, which reported a 61% drop in rhino poaching since 2015. The park, which faced unprecedented poaching pressure over the last decade, now stands tall amongst South Africa’s rhino strongholds.

Unfortunately, wildlife crime networks are as resourceful as they are adaptable and where we closed entry points in certain strongholds, they found their way into areas that were not as secure. This motivated us to move from suppressing the threat only in certain areas, to putting in place the Wildlife Zones initiative that will finally drive them out on a national level. 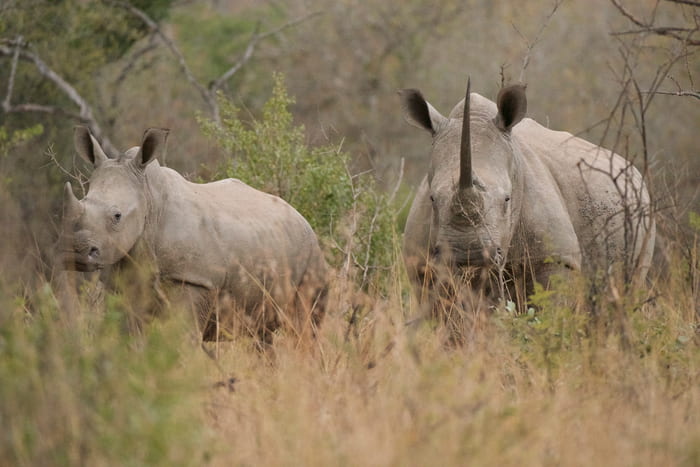 The intensified response to countering rhino poaching in South Africa radically expanded the understanding of the illegal wildlife trade. South African National Parks (SANParks), Ezemvelo KZN Wildlife (Ezemvelo) and other state and non-state stakeholders have explored countless solutions over the past decade, and many of these have been instrumental in slowing poaching in the country. This included developing robust strategies, training and equipping rangers on the ground, and developing and deploying effective technology force multipliers. One technology solution is the Intelligent (AI) Camera Trap system deployed in KwaZulu-Natal’s Hluhluwe-iMfolozi Park, which allows for the proactive prevention of poaching incidents in its intensive protection zone. Another is the Postcode Meerkat, a wide-area surveillance system that has been instrumental in achieving the significant decline in rhino poaching in Kruger National Park. These, as well as several other solutions, are now ready to be scaled for adoption by multiple state and private rhino reserves on a national level.

The Wildlife Zones initiative will see such proven solutions consolidated and strategically deployed to close capacity gaps and eliminate weaknesses that are currently perpetuating wildlife crime across the country, by aggregating rhino reserves into seven integrated wildlife zones.

The Wildlife Zones initiative will roll out in three phases, focusing specifically on four areas of intervention.

“Until a different approach is adopted to rhino protection in South Africa, authorities will not gain the necessary advantage to drive out wildlife crime networks and will continue bearing costs that are not sustainable. I believe that the Wildlife Zones initiative will set in motion an innovative mechanism that, while giving authorities the much-needed edge over crime networks in the country, will cultivate sustainability in rhino protection in South Africa and the region,” says Peace Parks Foundation CEO, Werner Myburgh.

Correcting the fragmented response to rhino crimes in South Africa, the Wildlife Zone initiative centres around bringing together the people, strategies and technologies from the public and private sectors that have been successfully developed over the last decade. It is grounded in adopting a participatory, holistic approach to combatting wildlife crime that includes all levels of stakeholders; and is aligned to the objectives of South Africa’s National Integrated Strategy to Combat Wildlife Trafficking.

“As a key member of the iconic Big Five, we hope that as our provincial borders open more people will be able to travel to our national parks and other conservation areas to experience firsthand our natural heritage, and see these ancient animals in the wild,” Minister Barbara Creecy said.

The war on poaching is raging on, but the hope is no longer out of reach.