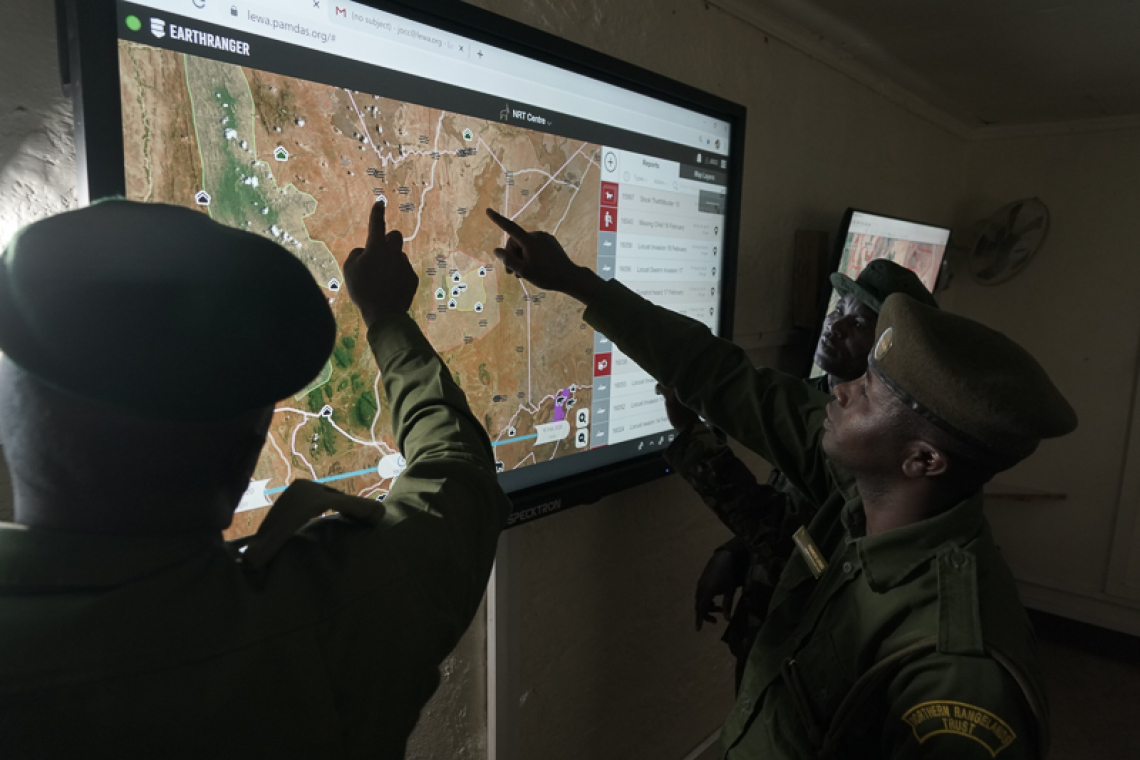 In the remote parts of Northern Kenya, a massive 42,000 square kilometres of open bushland will now be the home of a high-tech fortress being built to protect its rhinos.

Thanks to the introduction of a project called Connected Conservation, the Northern Rangelands Trust, which covers some 42,000 km of bushland is now going to become a lot smarter.

“To bring technology in such a remote area and under community ownership is pretty unique. It is the first community sanctuary in East Africa. It’s a real first.” says Ian Craig, a veteran conservationist and founding member of the NRT that has spent most of his life in northern Kenya overcoming the challenges of wildlife conservation and community development in the region. 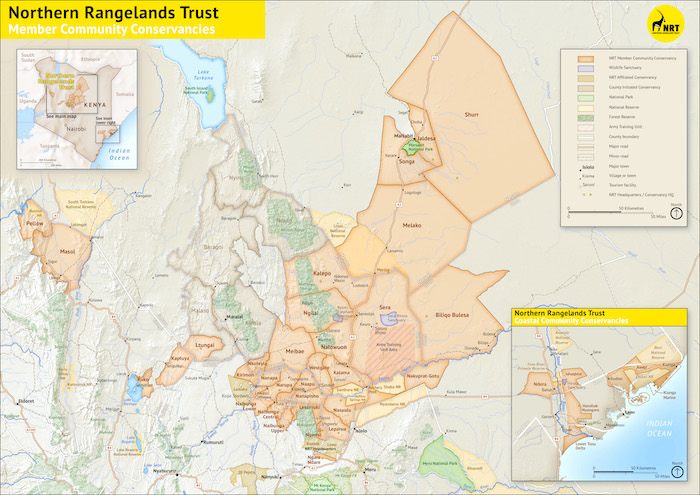 The infrastructure will go toward helping 86 rangers protect 16 black rhinos has just been completed on the Sera Community Conservancy, home to many wildlife species, as well as around 6,000 people, most of them pastoralists who rely on livestock.

Established in 2001 with the support of the Northern Rangelands Trust the conservancy faced challenges like poaching, human and wildlife conflict, degrading land and poverty. But through tourism the conservancy, which is managed by a democratically elected board and manager, they have been able to reduce poaching and build sustainable land management initiatives that benefit wildlife and livestock equally.

In 2015, Sera became the first community conservancy in East Africa to establish a sanctuary for black rhinos.

The community and wildlife share government roads that run through the conservancy which means there is little in the way of enforcing communities from interacting with wild game. While rangers work with the community to stop the animals destroying crops, they also must stop the poachers from harming the animals – which is a constant threat.

And here on an isolated 170 km square tract of land so remote that it is only accessible by off-road vehicles, Craig says a data pipeline running almost 120 kilometres through 3 relay stations will now give rangers access to a plethora of gadgets that would leave most tech geeks chomping at the bit. 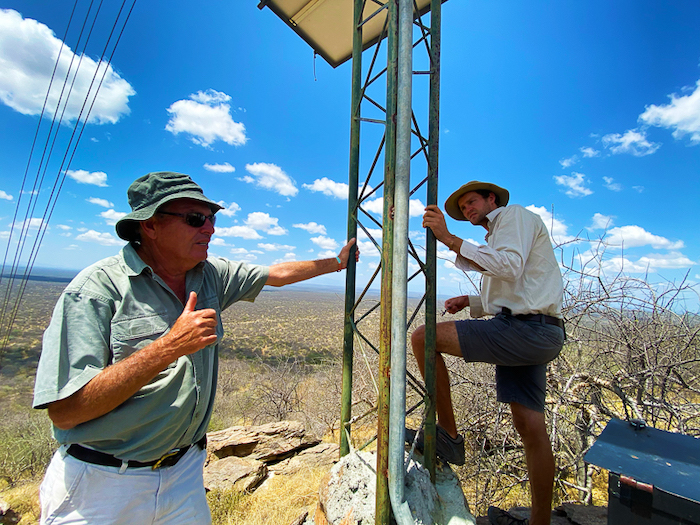 Connected Conservation is built on the success of a project built by a group of private reserves in the Kruger National Park, in South Africa, which reduced poaching within its borders by 96% in 2015. The technology comes from international IT company NTT Ltd, the parent owner of Dimension Data here in South Africa.

Its premise shifts the focus of wildlife conservation to tracking the movement of people into the reserve, rather than the animals, says Ruth Rowan, Chief Marketing Operator at NTT.

“Using a wireless technology that offers long-range, low power and secure data transmission, we’re planning to connect all six conservancies, giving the rangers the opportunity to communicate with one another with ease,” said Rowan. “This communication means they can stop potential poaching before it becomes a threat and they can communicate to each other if there’s any suspicious behaviour, especially on the Government roads that go through the reserves.” 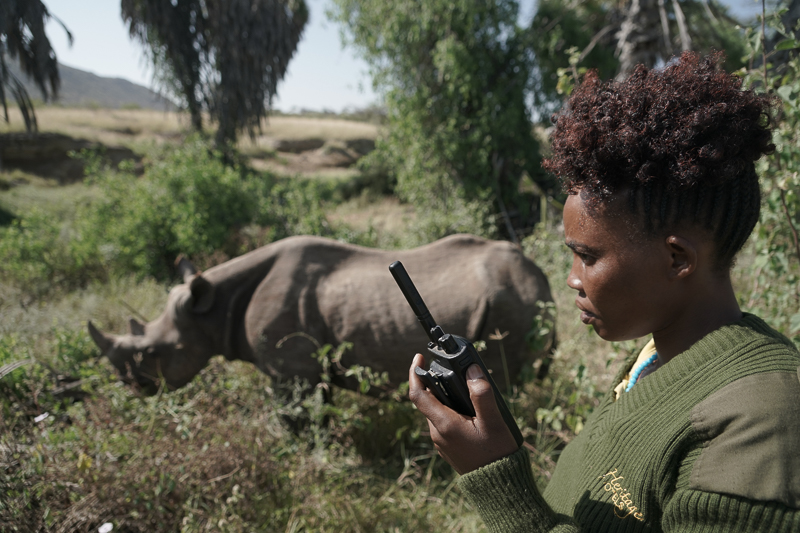 A lot of what’s happening in Sera will be adapting the lessons learned in other Connected Conservation projects to their uniquely remote reserve. NTT along with NRT plan to develop and adapt the tech to help people detect and respond to suspicious activity in wildlife reserves before it occurs whereas previously, park keepers would often only realise there was a problem when it was too late.

Whereas previously rangers had to rely on limited radio contact, they would now be able to access live stream cameras equipped with artificial intelligence – a technology so mart if can be trained to identify the shapes of humans and rhinos and track them.

Communication on the ground will also be been improved thanks to wireless technology that offers long-range, low power and secure data transmission. This would give the rangers the opportunity to communicate with their central control station to better co-ordinate stop potential incursions before animals are poached.

“Over the next 18 months to two years Sera will be raising the skills on the use of using technology in the protection of black rhino,” said Craig. “How we use technology to protect elephant, how to use it to protect bushmeat poaching these are the questions we are hoping to come out of our first phases of the project with the increased knowledge of what this technology offers” said Craig.

Ultimately, NRT wants to expand the project to cover the entire NRT – which spans a size greater than all of Kenya’s other private reserves combined. 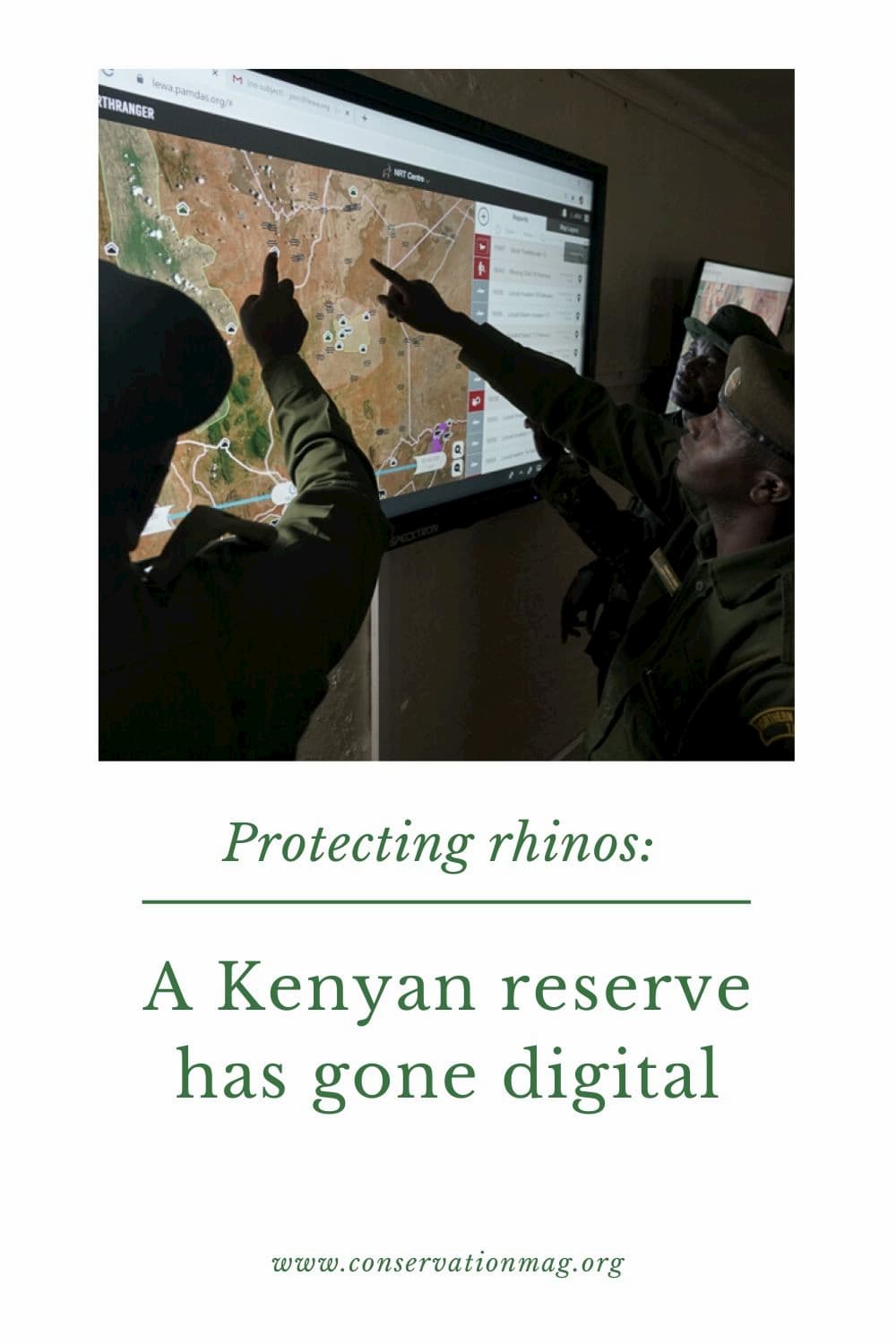 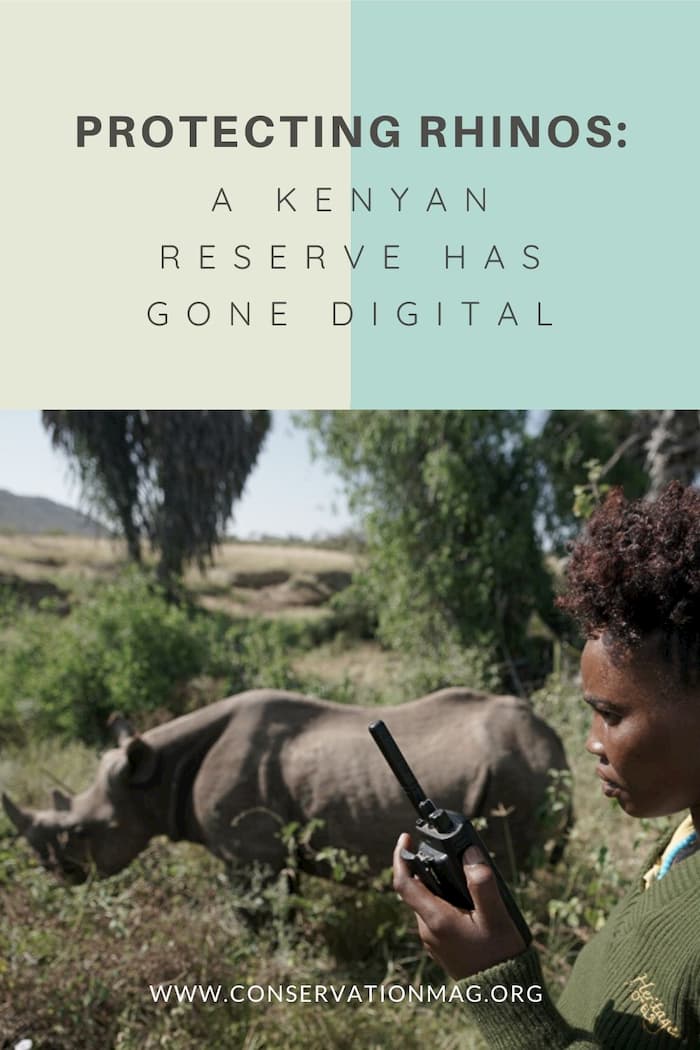