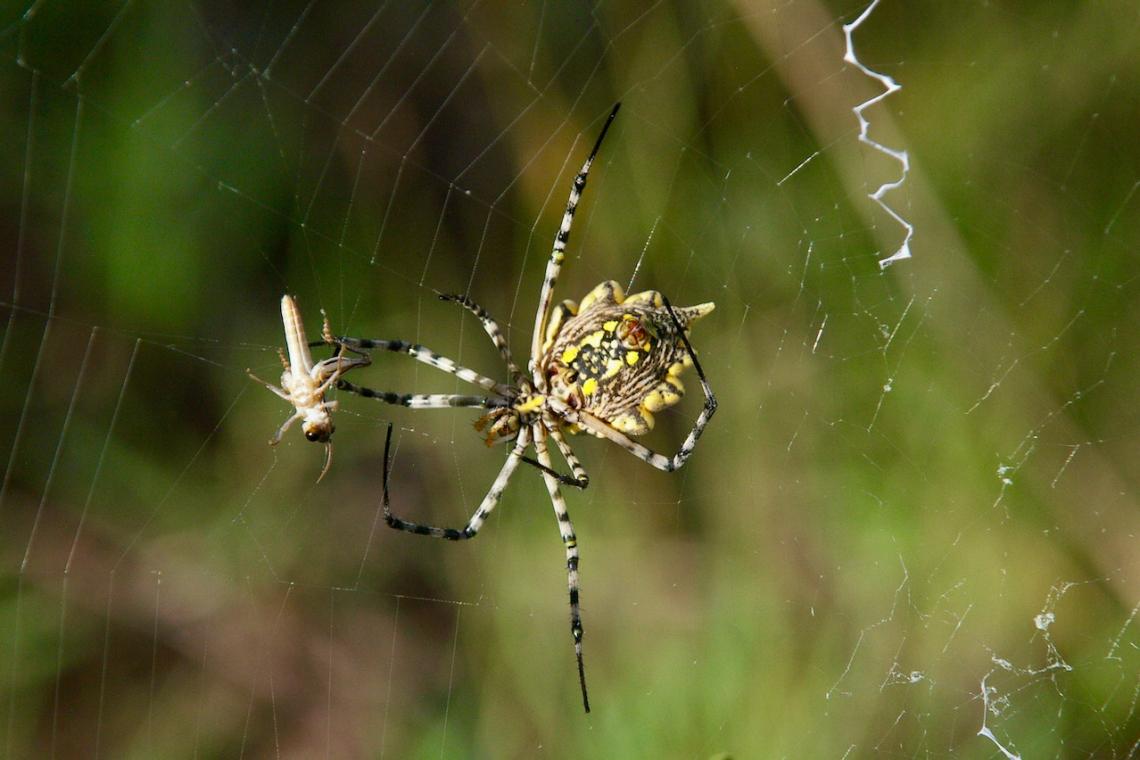 "A decline on that scale over a period of just 10 years came as a complete surprise to us," said one researcher, "but fits the picture presented in a growing number of studies."

Scientists behind a decade-long biodiversity study published Wednesday, which showed "frightening" declines of insects and spiders in German grasslands and forests, are calling for a "paradigm shift" in land-use policy.

"Current initiatives to address insect losses are overly concerned with the cultivation of individual plots of land and operate independently of one another for the most part," lead researcher Sebastian Seibold of the Technical University of Munich (TUM) in Germany said in a statement.

"To stop the decline, however, our results indicate that more coordination is needed at the regional and national levels," he said.

"The sites that we think are safeguarding our biodiversity are not really working anymore,"

For the study, published in the journal Nature, researchers analyzed data on over a million individual arthropods across about 2,700 species at 150 grassland and 140 forest sites in three regions of Germany from 2008 to 2017.

Specifically, the scientists found that insect biomass fell about 40 percent in the forests dropped to a third of its former level in the grasslands.

"A decline on that scale over a period of just 10 years came as a complete surprise to us—it is frightening, but fits the picture presented in a growing number of studies," said Wolfgang Weisser, professor of Terrestrial Ecology at TUM and a co-initiator of the cooperative project.

As Common Dreams reported, a study published last year in Proceedings of the National Academy of Sciences detailed a climate crisis-driven 'bugpocalypse' in Puerto Rico's Luquillo rainforest while an "ominous" report released by the Intergovernmental Science-Policy Platform on Biodiversity and Ecosystem Services in May warned that human activity has pushed a million plant and animal species to the brink of extinction.

Past research has documented insect decline in German meadows. "Previous studies, however, either focused exclusively on biomass, i.e. the total weight of all insects, or on individual species or species groups," Seibold explained. "The fact that a large part of all insect groups is actually affected has not been clear so far."

Seibold noted that "before our survey, it was unclear whether and to what extent forests were affected by the insect decline as well." The team found that "hardest-hit" insects in the forests were those that travel greater distances.

"To decide whether it is a matter of the more mobile forest-dwelling species having more contact with agriculture, or whether it has something to do with living conditions in the forests, further study will be needed," explained former TUM researcher Dr. Martin Gossner.

Although more study is needed to understand what is driving declines in forests, Seibold said on Nature's podcast that "we found, at least for grasslands, that the decline was more pronounced, was stronger, on sites" near arable fields, which "points to drivers related to intensive agriculture."

The findings for grassland sites, he explained, suggest nearby farming practices are interfering with conservation efforts.

"You have some sites that are protected areas that are managed mainly for conservation purposes," Seibold said, "but still we observed declines within these protected areas and the drivers seem to be linked to land use in the surrounding region."

In an interview with BBC News, he added, "I think it's alarming to see that such a decline happens not only in intensively-managed areas but also in protected areas—so the sites that we think are safeguarding our biodiversity are not really working anymore."

This article originally appeared at Common Dreams. It is licensed under a Creative Commons Attribution-Share Alike 3.0 License. Feel free to republish and share widely.