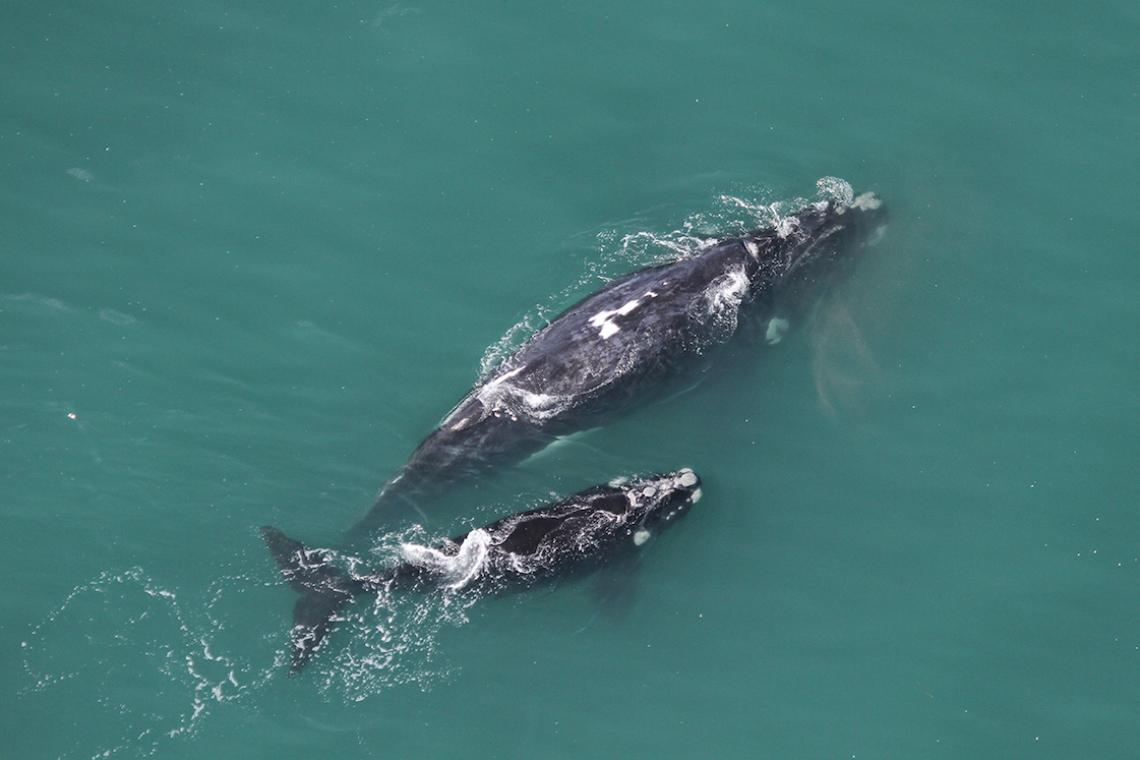 Media reports have indicated that the Cape Town whales have gone, and sighted clickbait sensationalist reasons. Should we be concerned? I spoke to Dr Els Vermeulen (research manager at the whale unit) to clarify what their research indicates.

Research seems to indicate the whales have changed their pattern of migration to South Africa. Before 2010 whales migrated to South Africa regardless of their reproductive state. From 2010 onward the non-calving individuals seem to lack the energy to return to South Africa (researchers are trying to understand why). 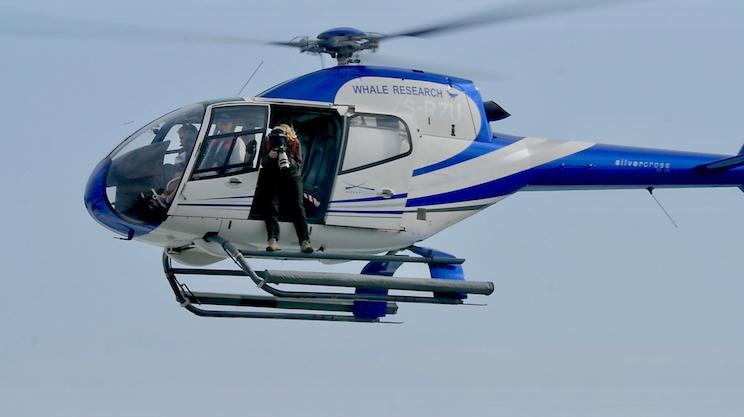 2019 research by University of Pretoria's Mammal Research Institute, Whale Unit yielded a count of the second-lowest number of individuals (190) in the South African waters. This sparked a media frenzy that resulted in clickbait headlines like "Is China behind...". Although it is a concern for researchers, a bit of perspective is required.

The cyclical nature of arrivals may have caused the decline due to the whales visiting South Africa, mainly when calving every 3-5 years. The fact that 2018 was the year when the highest number of southern rights pairs were counted may drive a low in the cycle. The meagre amount of individuals is, however, still a concern for researchers, and they are investigating the cause. 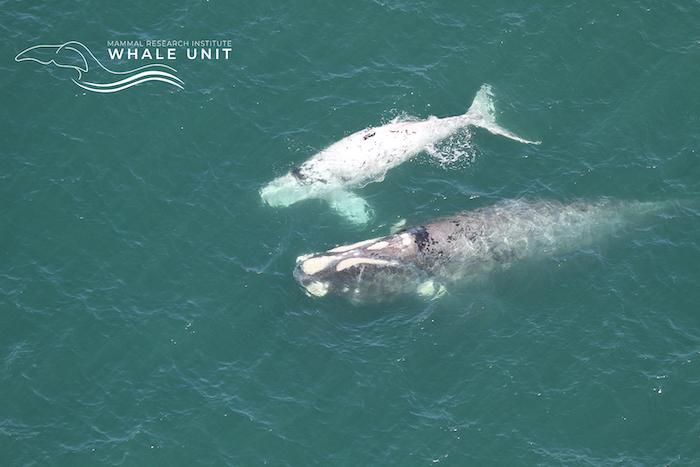 Counting Whales in the Cape

Between the 30th of September and 5th of October 2019, the University of Pretoria's Mammal Research Institute, Whale Unit conducted the 40th annual aerial survey of southern right whales. This survey was flown between Nature's Valley and Muizenberg, using and Airbus EC120B under charter from Silvercoss Helicopters.

All encountered whale and dolphin species were recorded, with a particular focus on southern right whales. All southern right whales observed along this stretch of coastline were counted, and photographs were taken of the unique callosity pattern on the heads of all individual females with calves as well as all individuals of a brindle grey colouration or white blaze.

A total of 14 hours and 18 minutes of flying time, spread over 4 days, was required to complete the survey. In total, 190 females and calves (95 pairs) of southern right whales were counted and photographed, as well as 10 adult whales without a calf (so-called 'unaccompanied adults'), bringing the total to 200 southern right whales between Nature's Valley and Muizenberg. Most female-calf pairs were observed in De Hoop Nature Reserve and Walker Bay.

(after the extremely low numbers of 2016 (55 pairs)) and is a massive decrease from last year's all-time record of 536 cow-calf pairs in the same stretch of coastline. At the same time, it is a strong decrease from the 131 cow-calf pairs which were counted between Hermanus and Infanta in August this year.

Whether these are temporary trends or not, remains to be determined. We are currently busy investigating this matter, with preliminary results indicating a strong correlation with climate conditions in the Southern Ocean and fluctuations in food availability and therefore energy reserves. Similar trends are being recorded in South America and Australia, which lead to MRI Whale Unit co-leading the Southern Right Whale research Theme under the Southern Ocean Research Partnership of the International Whaling Commission (http://www.marinemammals.gov.au/sorp/the-right-sentinel-forclimate-change) 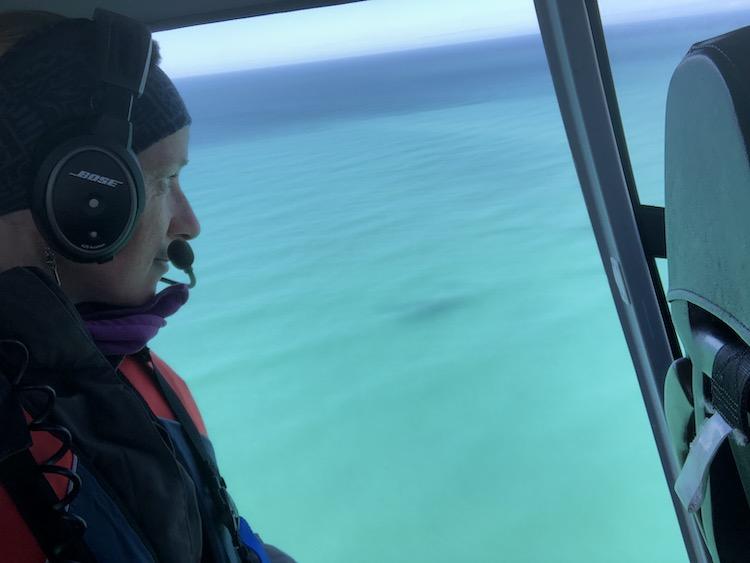 Where to from here

Now that the survey has been completed, all photographs taken will be analysed in the coming weeks for individual identification and compared to the Whale Unit's southern right whale photo-identification catalogue which contains over 2,300 recognisable adults from the previous 39 annual surveys. This analysis will be done with a computer-assisted image recognition system, followed by final matching of the whales by eye.

Through such analyses, we will be able to determine which females calved this year, how long it took them to produce a new calf, their individual distribution and movement patterns as well as their overall reproductive success with considerable accuracy. These aspects are vital to monitor the recovery of the South African population of right whales, increasing at a rate of 6.5% per year, since their international protection of the population against whaling. The analyses will also allow us to investigate further possible causes and consequences of the concerning decrease in sightings along our shores in recent years.

All images in this article were provided by the MRI Whale Unit.

The MRI Whale Unit wishes to thank all those who support the survey, such as Silvercross Helicopters, De Hoop Collection, Denel Overberg Test Range and private citizens along the route. The survey was carried out under a permit from the Department of Environmental Affairs to approach whales and under specific Marine Protected Area permits from the relevant conservation authorities.