Bullfighting in Spain: Cruelty Your Travel Money Should Not Support 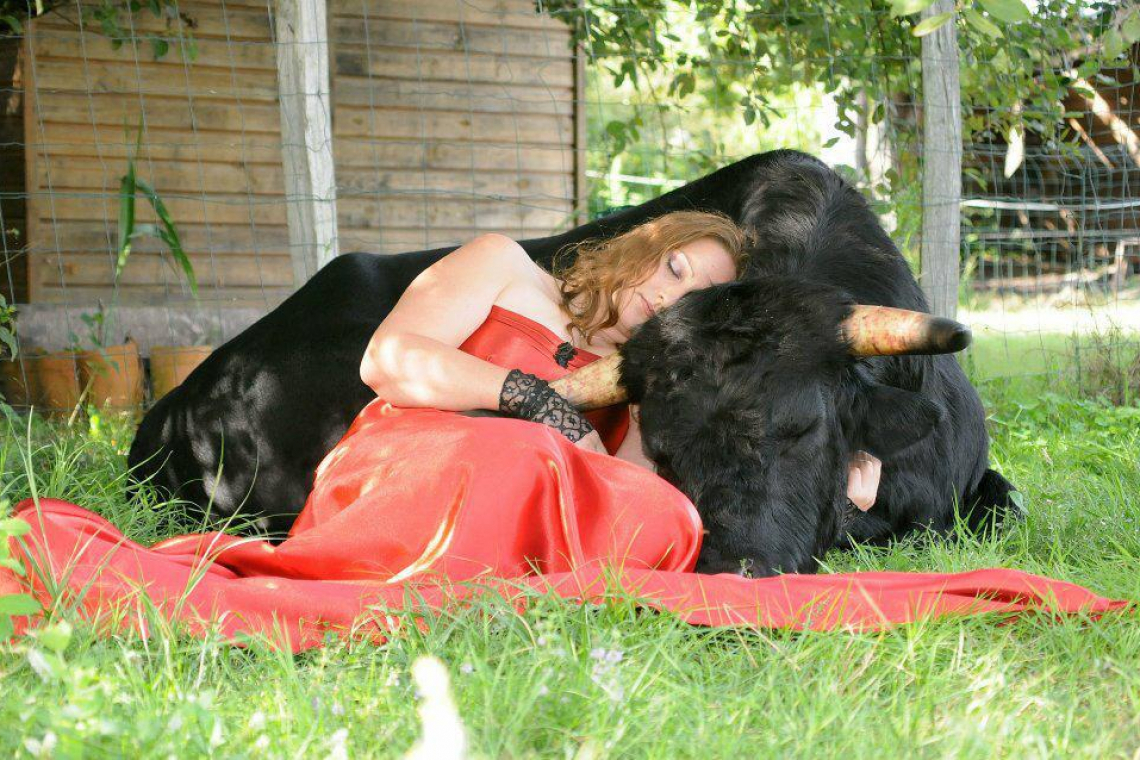 New calls to ban bullfighting have been voiced from the activists – La Tortura  No Es Cultura (Torture Is Not Culture) after Spain's first bullfight, since lockdown, ended with another slaughtered animal.

AS Spain enters their new normal phase, more restrictions are lifted, people will be planning their annual jaunt to the Iberian coast as the locals gear up for their prised fiestas.

Not everything related to the pandemic has been negative. There are plenty of positive cases, and not just benefit us, humans. We already know about the advantages the planet has gained. Animals, those that are slaughtered in the name of fun, by what some would call butches with animal cruelty syndrome, have had a reprieve but that is about to end. 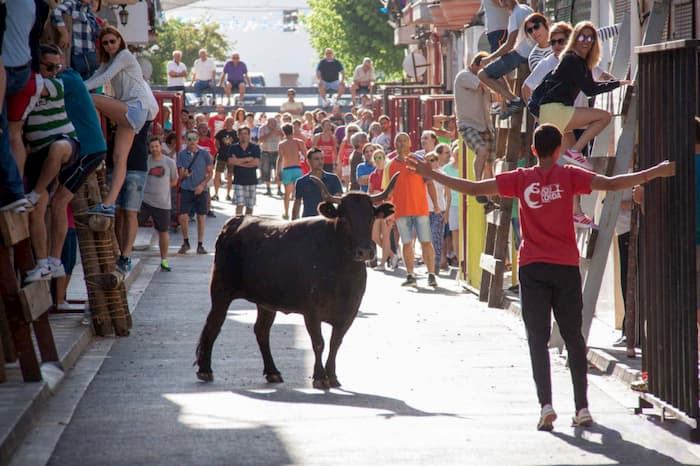 PETA the anti-bullfighting protest group has offered the Spanish northern city of Pamplona 250,000 euros to scrap its iconic event San Fermin fiesta on a permanent basis. The gesture, inevitably, fell on deaf ears as the festival attracts international visitors who pour millions of euros into local coffers.

If you want to see a blood-thirsty pack of animals: tormenting, toying and torturing its victim then get yourselves to the many towns in Spain when the hot summer sun has them baying for blood.

The first time and last, I attended one of these despicable fiestas was in a small village in the Jalon valley - a decade ago. They, as usual, erected steel bars to protect the doors and windows of local businesses and provide a safe place for the village idiots to stick their limbs out of. The bull, which they usually have a cuddly-cute name for, was released and straight away darts were thrown at it panicking the animal.

A slobish, tracksuit wearing forty-year-old adolescent thug rushed by and prodded it with a sharp stick drawing blood to the cheers of his drunken peers. When the bull moved too close to the steel protection railings, cowards reached out and pummel the bull with bats and lengths of four by twos, more darts pierced through its skin.

The terrified bull glanced around for help, but nobody was coming, and nobody looked on in sympathy, there was no empathy and compassion here.

The street filled with the smoke and pungent smell of BBQ beef. Laughter from women amplified, mothers, who you would think had at least a scintilla of humility, spat on the panting, watery-eyed mammal. A youth darted in front smacking its face with a rolled-up comic barely making it to the safety of the railings as a bottle smashed in front of the bull after deflecting off its bloody rump. The bull slews its head darting from side to side searching for the next projectile or source of pain. 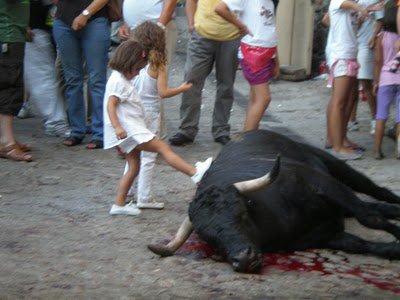 A senior, who should be full of solicitude in his old age, pulled the burning Marlborough from his dry, cracked lips and flicked it at the bull splintering on his face in a hundred sparks; he laughed with the applause of the crowd as he lit up another missile.

This went on for hours until it finally and inevitably happened, a slowcoach chanced his luck, ran near the bull. The desperate bated animal swung its horns catching the ass-clown. Tossed him in the air got a few swipes in and gave him a hoofing. Now he was no longer a cute and fun bull, he was an evil bull. You think he was being punished before, what comes next is despicable and makes you ashamed to be there and part of the same race as these barbarians.

I've seen some bad things in my life and been toughened by experience. Watching drunk cretins risking their lives in the name of fun makes you sick and angry. Not all Spaniards are like this and as I looked around at certain Spanish people, deemed the more educated, you could see shame creep across their faces, not daring to protest for fear of reprisal, rationalising with self-talk: this is a tradition we have been doing this for centuries.

The father and sons pulling off the heads of poultry competition had been done for centuries, but that has stopped—hasn't it?

An incident occurred in the town of Coria in the Province of Cáceres. A 43-year-old man, during the San Juan bullfighting festival, unfortunately, died after being gored through the protective railings by the tormented bull whose cute name was 'Guapetón', which translates as "super handsome". It soon changed to 'evil bull' who must die and was shot to death by a local man wielding a shotgun, using firearms illegally, witnessed by two local policemen and others who cheered with lusty, bloodthirsty delight.

Welcome to Spain the sun is always shinning—at least for some species.