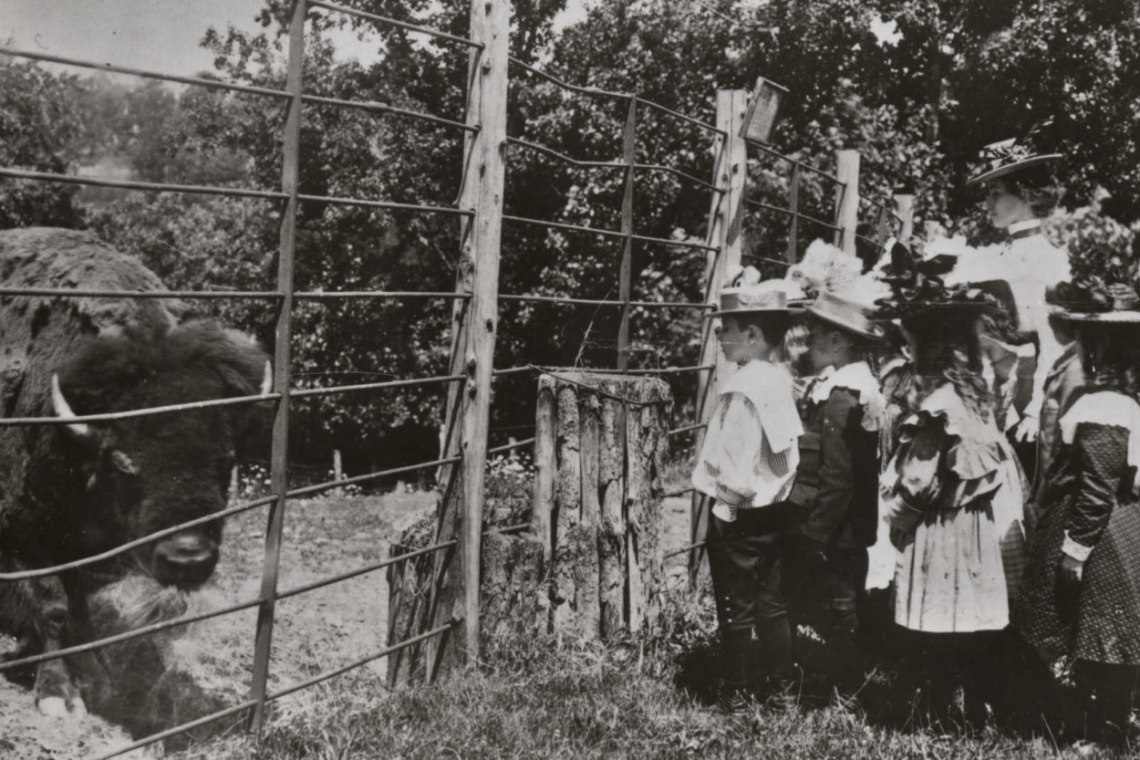 Michelle Nijhuis traces the evolution of modern efforts to protect threatened species in the United States of America in her book “Beloved Beasts.”

Today’s conservationists are taxed with protecting the living embodiments of tens of millions of years of nature’s creation, and they face unprecedented challenges for doing so — from climate change and habitat destruction to pollution and unsustainable wildlife trade. Given that extinction is the price for failure, there’s little forgiveness for error. Success requires balancing not just the complexities of species and habitats, but also of people and politics. With an estimated 1 million species now threatened with extinction, conservationists need all the help they can get.

Yet the past — a key repository of lessons hard-learned through trial and error — is all too often forgotten or overlooked by conservation practitioners today. In “Beloved Beasts: Fighting for Life in an Age of Extinction,” journalist Michelle Nijhuis shows that history can help contextualize and guide modern conservation. Indeed, arguably it’s only in the last 200 years or so that a few scattered individuals began thinking seriously about the need to save species — and it’s only in the last 50 that conservation biology even emerged as a distinct field.

“Beloved Beasts” reads as a who’s who and greatest-moments survey of these developmental decades. Through the eyes and actions of individuals, it portrays the evolution of the surprisingly young field from a pursuit almost solely of the privileged Western elite to “a movement that is shaped by many people, many places, and many species.”

It’s in the gray area of the personal, though, that the book is most fascinating. Even the most celebrated and successful conservationists had human flaws, and Nijhuis does not shy away from these details. As she writes, “The story of modern species conservation is full of people who did the wrong things for the right reasons, and the right things for the wrong reasons.” 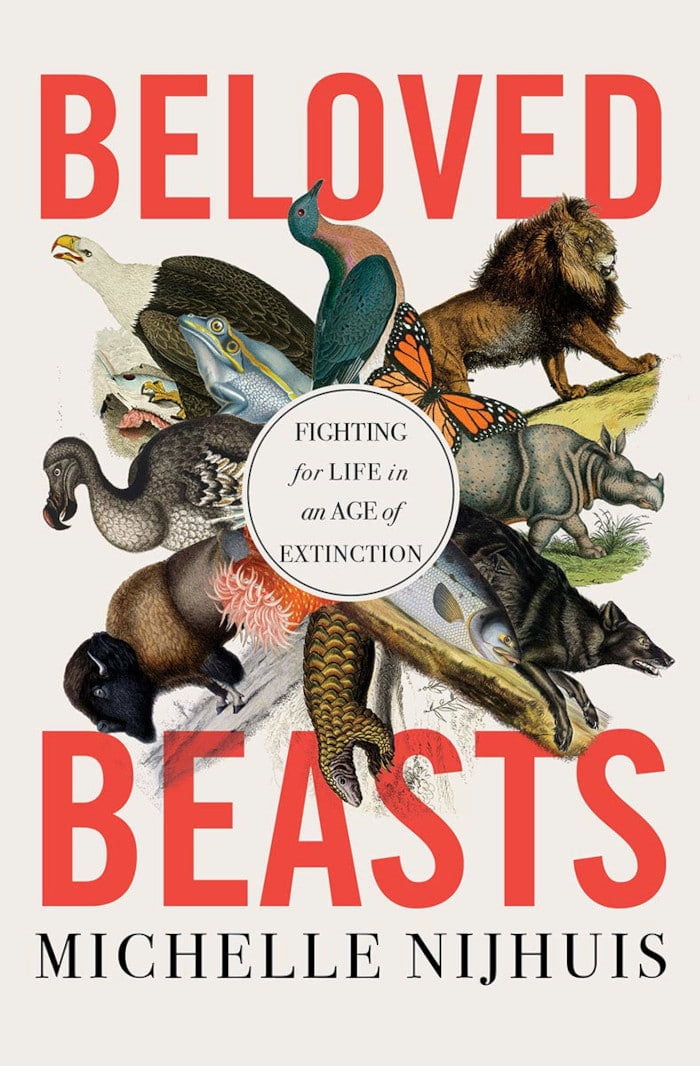 Buy Beloved Beasts: Fighting for Life in an Age of Extinction on
amazon.com | amazon.co.uk

Conservation Mag is an Amazon affiliate, by clicking on the links to do your shopping you support us without paying anything extra.

In one chapter, for example, Nijhuis tells the story of William Temple Hornaday, an American taxidermist who served as the first director of what is now the Bronx Zoo, and who is credited with saving the American bison from extinction. By the late 19th century, evidence clearly pointed to the fact that bison, a species that once numbered tens of million, were set to disappear due to wanton overhunting. Yet at the time, most people assumed that “species were static and enduring,” Nijhuis writes, and those who did catch wind of the fall of the American buffalo mostly responded with a shrug.

Strangely for his time, Hornaday became obsessed with the animal’s plight. He decided that the only way to preserve the species from extinction was to establish a captive herd to, as he wrote, “atone for the national disgrace that attaches to the heartless and senseless extermination of the species in the wild state.” With Theodore Roosevelt’s backing, Hornaday established a small bison herd in the Bronx in 1905, one whose urban descendants became founders of some of the 500,000 bison that survive today. More than just save a species, Hornaday’s work helped bring public recognition of extinction as a “needless tragedy” rather than an inevitable cost of expansion, Nijhuis writes.

Yet despite all the good he did for the natural world, Nijhuis points out that Hornaday’s successes — like many conservation gains of the 19th and 20th centuries — were built on a foundation of nationalism, sexism, and racism. “For Hornaday and his allies, the rescue of the bison had nothing to do with the people who had depended on the species — and a great deal to do with their own illusions about themselves,” Nijhuis writes.

Bison were slaughtered en masse in the 1800s, not just for their hides but also “as a convenient way to control” Native Americans who depended on the animals for food, Nijhuis writes. At the same time, White men like Hornaday and Roosevelt began appropriating bison as a symbol of rugged Caucasian masculinity, both for the animals’ association with a “strenuous life” and as the target of choice for of wealthy White male hunters. Despite evidence to the contrary, Hornaday placed partial blame for the bison’s demise on Native Americans, and his Bronx-raised bison, Nijhuis points out, were released on land seized from the Apache, Comanche, and Kiowa. Protecting bison, therefore, meant protecting “a perniciously exclusive version of natural progress,” Nijhuis writes.

With each subsequent generation, though, the conservation field has gradually improved in terms of its scope and ethics. In his older age, Hornaday, for example, supported and encouraged the activism and ecological education of Rosalie Edge. A bird-loving New York socialite, Edge helped to reform the Audubon Society, which, at the time, supported the eradication of raptors and opposed tightening of hunting restrictions.

A year before the term “ecosystem” was coined in 1934, Edge discussed with Hornaday a groundbreaking realization she had come to: that species should be protected not only because they are of interest to humans — as had motivated Hornaday and the men of his time — but because each forms a vital link in a living chain. A decade after Edge and Hornaday’s conversation, the centrality and fragility of ecological connections would become all the more apparent when Rachel Carson pondered the impacts of the pesticide DDT on raptors at the Hawk Mountain Sanctuary in Pennsylvania, a protected area Edge founded.

Ideas and connections continued to build. Around the same time Edge was campaigning for birds, Aldo Leopold popularized the idea that ecosystems, not just species, need to be protected, and that game is a public trust that should be managed by science-based law. This zeitgeist shift resulted in the North American Model of Wildlife Conservation. Leopold “believed it was possible to love other species and use them wisely, too,” Nijhuis writes.

The conservation movement gained momentum in the wake of World War II, Nijhuis writes, when the word “global” came into wider use, and the interconnectedness of the world — both ecological and human — became glaringly apparent. Data compiled by the newly established International Union for Conservation of Nature also revealed just how many species faced extinction, and shifted the movement’s focus to emergency relief. But as conservation spread to other continents, especially Africa, it continued to work through various growing pains, including racist views about independent Africa’s inability to manage its own natural resources. “Many foreign conservationists saw the African landscape as John Muir had seen Yosemite — as an extraordinary place meant to be visited, not lived in,” Nijhuis writes.

This so-called fortress conservation approach perpetuated in the 1950s and 1960s — a top-down enterprise in which global authorities ultimately inform national and local agendas — has since come under fire and has been increasingly replaced by a version of conservation that acknowledges that humans are an inextricable part of the landscape. Additionally, time and time again, conservationists have learned (oftentimes the hard way) that protection of wild places can never succeed without buy-in from the people who live there. “To protect biodiversity — to provide other species with the resources they needed to adapt, survive, and thrive — conservationists, including conservation biologists, had to persuade some of their fellow humans to make some sacrifices, at least in the short term,” Nijhuis writes.

The problem, Nijhuis continues, “isn’t inattention to human needs, but inattention to human complexity.” Conservationists too often view humanity the same way they would a population of species that fits into a single ecological niche with set relationships and dependencies, Nijhuis argues, rather than as thinking and technologically endowed beings aware of our place among other species and each other. Nor are we passive players. “As the future perfect turns into the present perfect, we can apply ourselves to creating a tolerable present and future — for ourselves and for the rest of life,” Nijhuis writes.

The decisions we make are often unpredictable, though, informed by a vast array of social, cultural, and individual factors. “Conservation biology, in other words, can’t be left only to the biologists,” Nijhuis writes. It’s for this reason that the field has begun to draw upon other realms of expertise outside of pure ecology, including economics, politics, social science, and more. This need for diversity — not only in nature but also within human endeavors to protect it — is something that Leopold and others recognized decades ago, but has only just started to come to fruition in any practical way.

History is an integral part of that complexity, too. Just as we cannot protect something that we do not know exists, past failures and successes likewise cannot be taken advantage of for future gains if history is forgotten. “Beloved Beasts” is therefore compelling and necessary reading for anyone interested in the field of conservation. As Nijhuis writes, “We can move forward by understanding the story of struggle and survival we already have — and seeing the possibilities in what remains to be written.”

Rachel Love Nuwer is a science journalist whose writing has appeared in The New York Times, National Geographic, Scientific American, BBC Future, and elsewhere. She is the author of “Poached: Inside the Dark World of Wildlife Trafficking.”

This article was originally published on Undark. Read the original article.

Buy Beloved Beasts: Fighting for Life in an Age of Extinction on
amazon.com | amazon.co.uk

Conservation Mag is an Amazon affiliate, by clicking on the links to do your shopping you support us without paying anything extra.