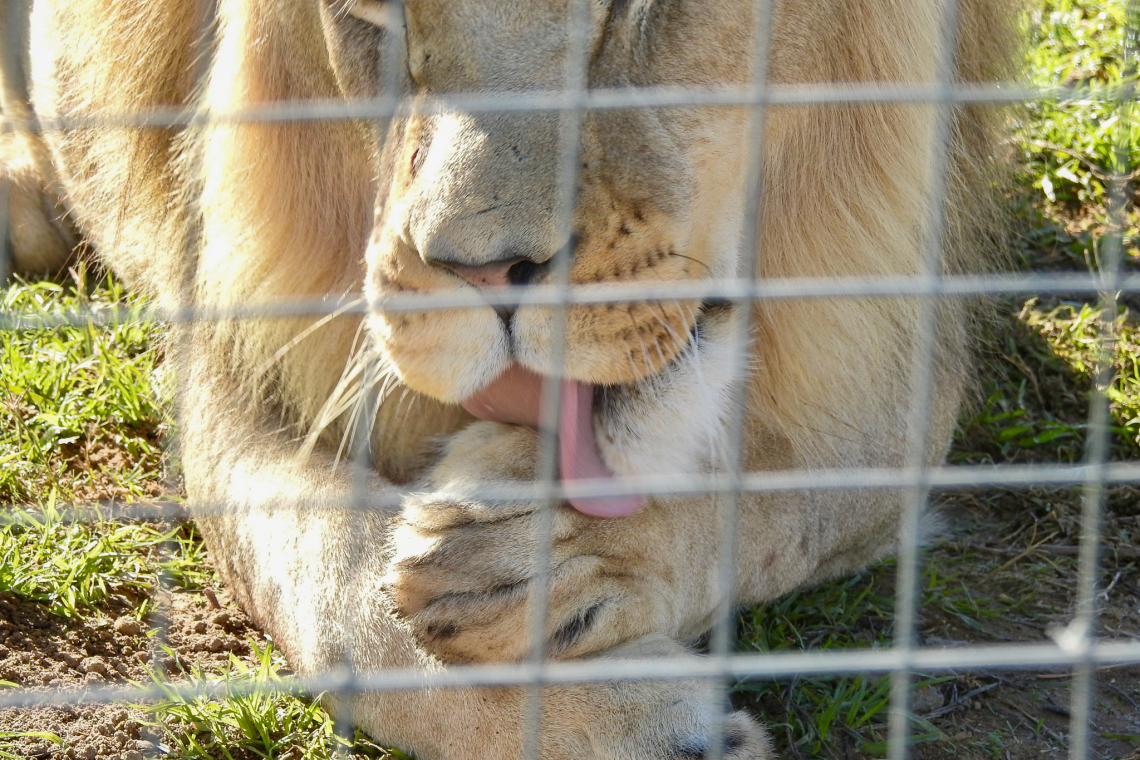 Lion breeders began sharpening their claws and preparing to pounce when the Department of Environmental Affairs’ High-Level Panel proposed the phasing out of captive-bred lions. This latest call for a task team to come up with exit options has got breeders snarling.

I’ll say it up front: farming lions is useless for anything other than providing an income for lion breeders.

The captive lion trade features everything from interaction sites where cuddly cubs can be handled, to canned hunting and animals bred and slaughtered for their bones to feed the Asian fake tiger bone wine industry. Lion breeders, of course, have a different narrative.

Their position on the phase-out proposals can be found in an article by Miquette Caalsen of Wildlife Ranching last month, calling them “a radical shift away from South Africa’s successful conservation model”.

It was being driven, she insisted, by activists and the media sensationalising controversial topics rather than telling the truth. This deluge was “bearing down on a vulnerable industry protecting an endangered species that may not be able to withstand the impact”. It would, she said, see a “drastic decrease” in disease-free wild lions.

Let’s test some of those assumptions. 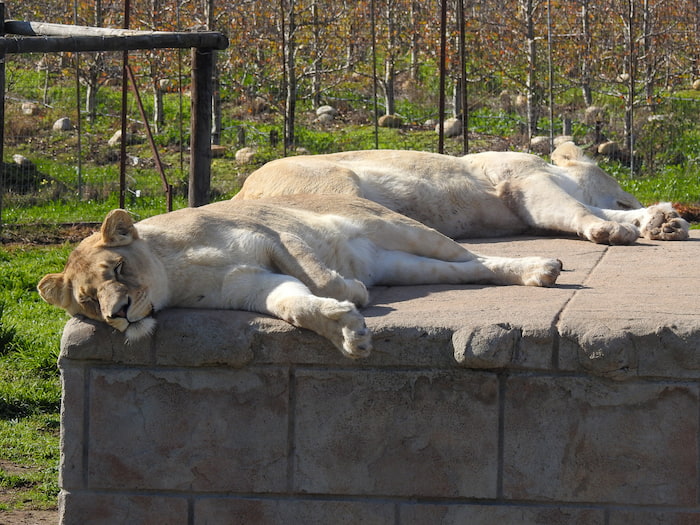 Lions are listed as vulnerable and not endangered. South Africa’s lion conservation is successful because there are secure, well-protected areas with low risk to the lion populations, as well as conservation efforts to reintroduce and manage lions in fenced reserves. Closing of the captive lion industry will have no impact on the conservation of wild and managed lion populations in the country.

Assumption 2: Breeding lions in enclosures is a conservation strategy.

It isn’t. A study by nine top big-cat researchers in Forum framed their findings in the headline: “Walking with lions: why there is no role for captive-origin lions Panthera leo in species restoration”. Here’s what they say:

“Captive-bred lions may lack important local adaptations and, in the case of hand-raised animals, are selected for their tolerance of close contact with humans rather than by any natural selective process. Additionally, introduction of novel pathogens by captive animals could be catastrophic to wild populations.

“The lion encounter industry relies on animals so habituated to human presence that they can never be released.”

This is not true. Not all private lion owners have captive lions. Between intensive breeders and private owners of managed lions in fenced reserves is an unjumpable donga, though breeders love to claim it’s an insignificant sluit and that they’re all in the conservation business.

Fenced reserves containing lions are not impacted by the voluntary exit strategy. There are many avenues to generate income from private lion ownership — as long as the lions are free-roaming, doing what lions do, and not captive, fed animals.

Assumption 4: The closure of lion breeding farms will lead to biodiversity decline.

According to Caalsen, faced with the choice between maintaining a pride of captive lions that cannot be monetised and taking an exit, many breeders “will have no choice but to turn to alternatives such as livestock or crop farming, with the consequent deterioration of biodiversity in the area”.

Many lion-owners have large wildlife ranches or other farming operations and the tawny cats merely form a part of their wildlife income. Many are contributing to conservation and the proposed strategy will have zero impact on them and their conservation efforts.

Assumption 5: If it pays, it stays.

That’s true, but what exactly is the “it” which stays? Facilities for the continued captivity of lions for commercial gain, certainly. But not a healthy population of lions as a reserve for rewilding.

Assumption 6: Lions in national parks have bovine TB and will die off and have to be restocked with farmed lions.

According to Caalsen, if the spread of bovine TB cannot be contained, “most of South Africa’s recognised lion population may be lost to conservation efforts, with serious repercussions to the global lion population”.

First, Caalsen’s assumption that captive lions on breeding farms are disease free — especially when kept at artificially higher densities than would be the case in the wild — is not demonstrably true.

And second, there’s no evidence that bTB is a danger to the long-term survival of lions in the wild. Though present in lions in Kruger, it’s found to be a problem only in lions that are old or compromised. In fact, resistance to disease after exposure is important in building robust populations of animals that can deal with disease on natural systems.

According to the research published in Forum, the widespread prevalence and limited health eﬀects of most known lion pathogens suggests the risk of introducing novel diseases from wild founders is relatively low.

“Indeed, wild animals are potentially less likely reservoirs than captives, which may be exposed to a greater range of exotic pathogens. There is a large body of evidence showing that wild lion populations continue to be viable sources for reintroduction exercises, and we can ﬁnd no reason to resort to using captive-origin lions.”

Assumption 7: If the intensive lion breeding industry collapses, it will spell the end of private lion conservation.

This contains two erroneous ideas. The first assumes the phasing out of captive-bred lions involves all privately owned lions, which it does not (see Assumption 3). The second is that all private lions will probably be euthanised. This is a very selective reading of the government notice.

The truth is that those who take up the phasing-out offer will most likely find their way smoothed through some kind of incentives.

The to-be-appointed task team will be responsible for finding potential funders and/or other incentives to support these exits. Those breeders who don’t take up voluntary exit may face tough new regulations aimed at securing the welfare of their lions.

That does not necessarily mean putting down the captive lions.

The task team will be expected to consider “circumstances under which lions may continue to be held in captivity in South Africa” and come up with guidelines to ensure the welfare of lions for any captive-lion facilities.

The truth is that there’s no conservation value in captive-bred lions.

The widespread availability of wild lions, against the formidable challenges of reintroducing captive lions, cancels any need for resorting to captives. Even under the best possible circumstances, breeding lions in captivity does little to address the root causes of the species’ decline in the wild.

To quote the Forum study: “Given that no lions have been restored to the wild by [captive lion rewilding]since eﬀorts started in 1999 — a period during which hundreds of wild founders have been translocated successfully — it cannot be considered a model that should be widely adopted for large felids.”

Caalsen objects to the fact that captive-bred lions are not “recognised” as being part of the country’s lion population. This is because South Africa’s Biodiversity Management Plan for lions, which guides their conservation, does not call for captive breeding as a conservation recommendation — neither do conservation organisations involved in work with lions.

Captive-bred lions are of no value to the conservation of the species and are therefore not recognised in any national or international Red List assessments. It should stay that way. DM