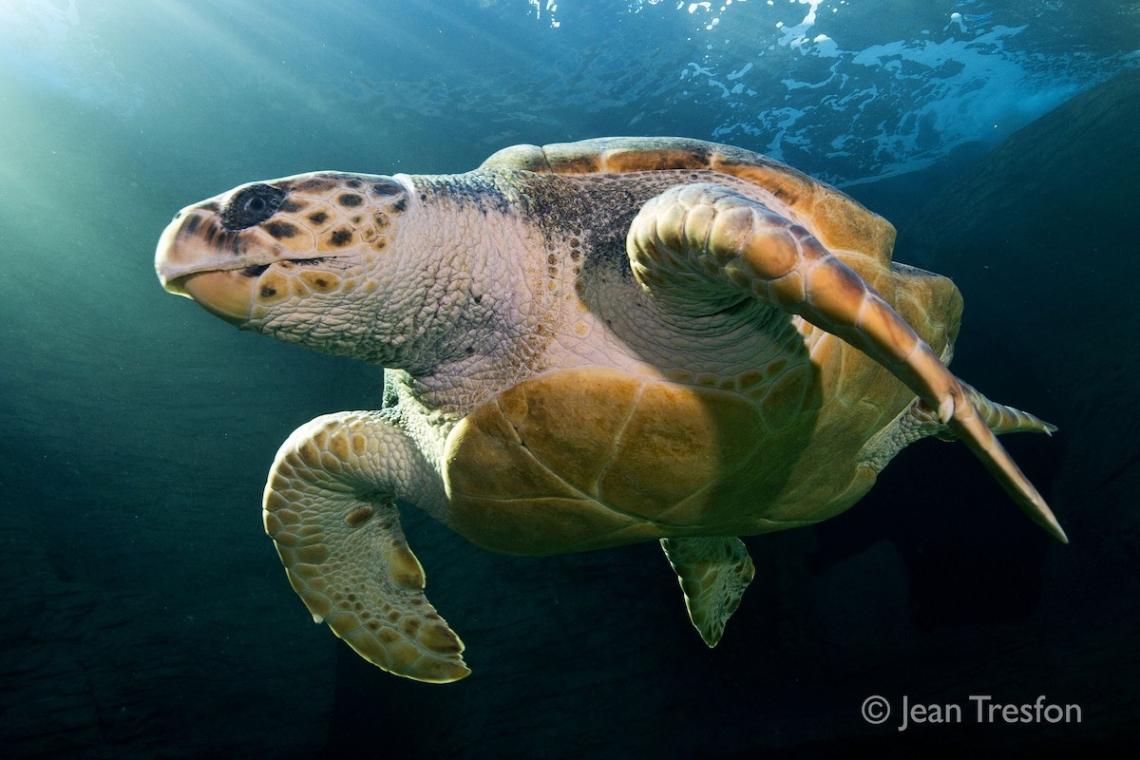 On 17 December 2017, after 20 years at the Two Oceans Aquarium, Yoshi the loggerhead sea turtle was released back into the ocean. Her release point, about 30 nautical miles south of Cape Point was her first stop in what has proven to be a most incredible and inspiring journey halfway around the world.

Yoshi came to the Aquarium in 1997, as a small, dinner-plate-sized turtle. A fishing trawler had rescued her. It was never the Aquarium’s intention to keep turtles, but Yoshi very quickly crawled into everyone’s hearts. She became the sweetheart of the Aquarium and the grand dame of Cape Town. 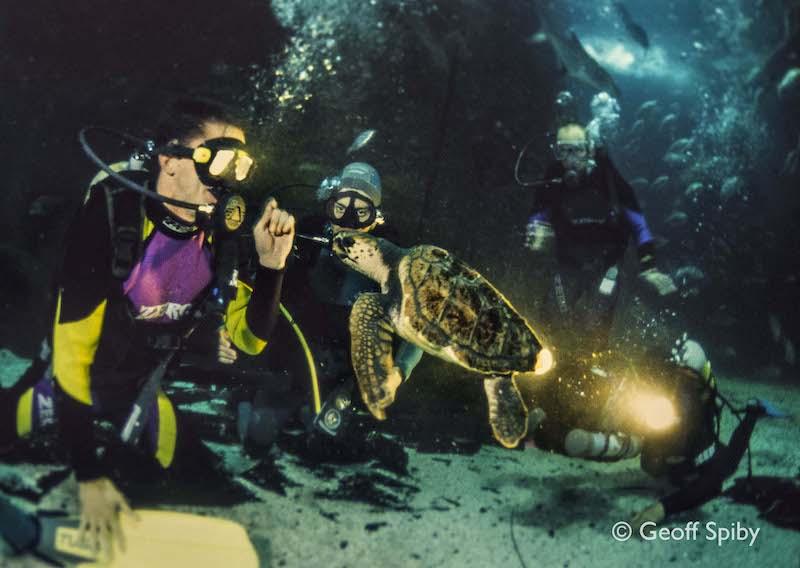 Yoshi as a Juvenile at Two Oceans Aquarium - Geoff Spiby

Yoshi took to her new home with gusto and pretty quickly proved to have a big appetite to match her big personality.  Over the years, she grew into a beautiful loggerhead turtle of around 180kg, and with a carapace length of 90cm. By about 2015, Yoshi started exhibiting behaviours that made it clear that she was ready to spend her days out in the ocean.

The difficult, but absolutely right, the decision was made to release Yoshi as soon as she was fit to do so. Cape Town reacted to the news with some sadness, bittersweet memories, but most of all, a lot of love. It took nearly two years to get her ready for her release, but the preparations and research were necessary to ensure the best outcome for this incredible animal. 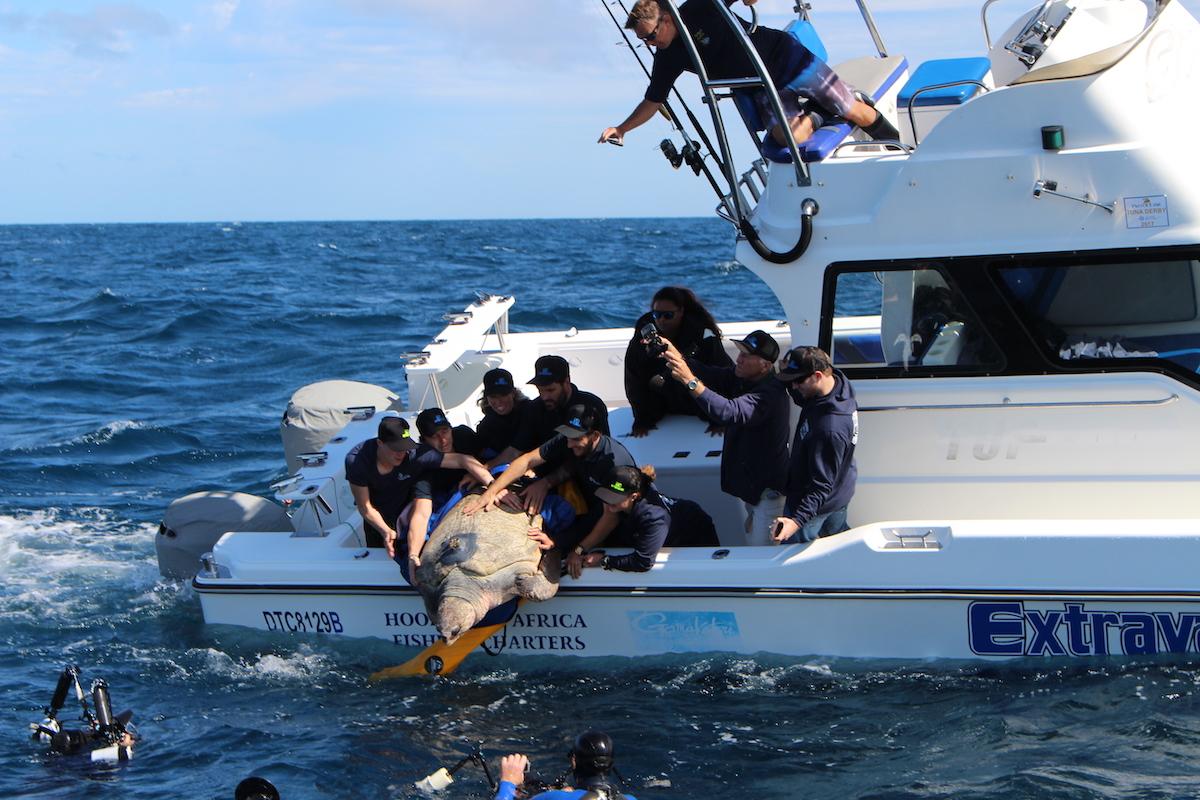 Yoshi underwent a strict exercise regime to prepare her for swimming long distances in the ocean. She was also fitted with a satellite tracker. The first year of her journey took her up the West Coast of South Africa, all the way to Angola. 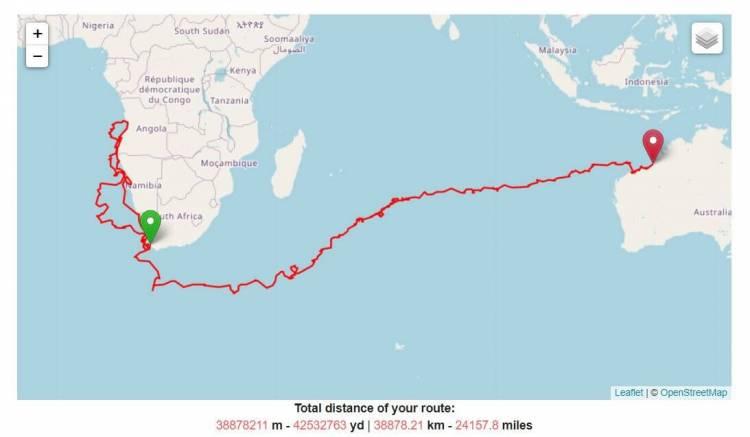 Her tracking data showed that Yoshi had not lost any of her appetite, and she was visiting areas rich in food. She managed to navigate safely through the busy fishing waters off Namibia and eventually reached Angola. From here, much to the surprise of those monitoring her, she turned around and headed back down south.

Once she rounded Cape Point, she just kept swimming. Earlier in 2020, she reached Australian waters, where she has remained. Her total journey to date stands at nearly 39 000km (more than 24 000 miles). She has been averaging 45km per day, for 860 days straight. Yoshi has broken the record of the longest tracked migration of any marine animal. 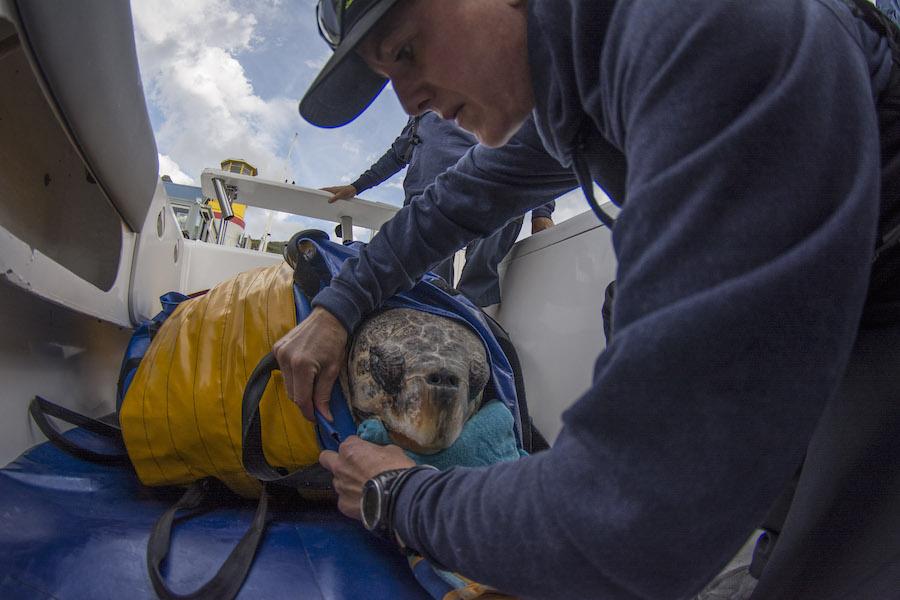 She has also directly contributed to sea turtle research when she led scientists who were tracking her, to a previously unknown foraging ground for loggerhead turtles. She has made the scientific and research communities sit up and take note, and she had become a most powerful and commanding ambassador for the ocean and its protection.

Yoshi’s satellite tag has been phenomenal. Original expectations were that the tag would function for between one year and 18 months, but two years and 131 days, 20 640 hours of tracking, 22 000 messages and 5 500 satellite passes later, the tag is still sending data.

Where Yoshi is heading next, only Yoshi knows. She didn’t take part in the nesting season this year, but perhaps next year will see a couple of little Yoshi’s scamper out of their nest and make their way to the ocean. Yoshi is missed by many, but even more, have found incredible inspiration in her story.

Go well, Yoshi, wherever you may choose to go!

Yoshi’s full story can be found on the Two Oceans Aquarium website: https://www.aquarium.co.za/blog/entry/yoshi-the-sea-turtles-almost-40-000-km-oceanic-journey-continues

To honour Yoshi and carry on her legacy, please consider taking part in the #YoshiChallenge and donating towards turtle rehabilitation by the Two Oceans Aquarium Education Foundation.