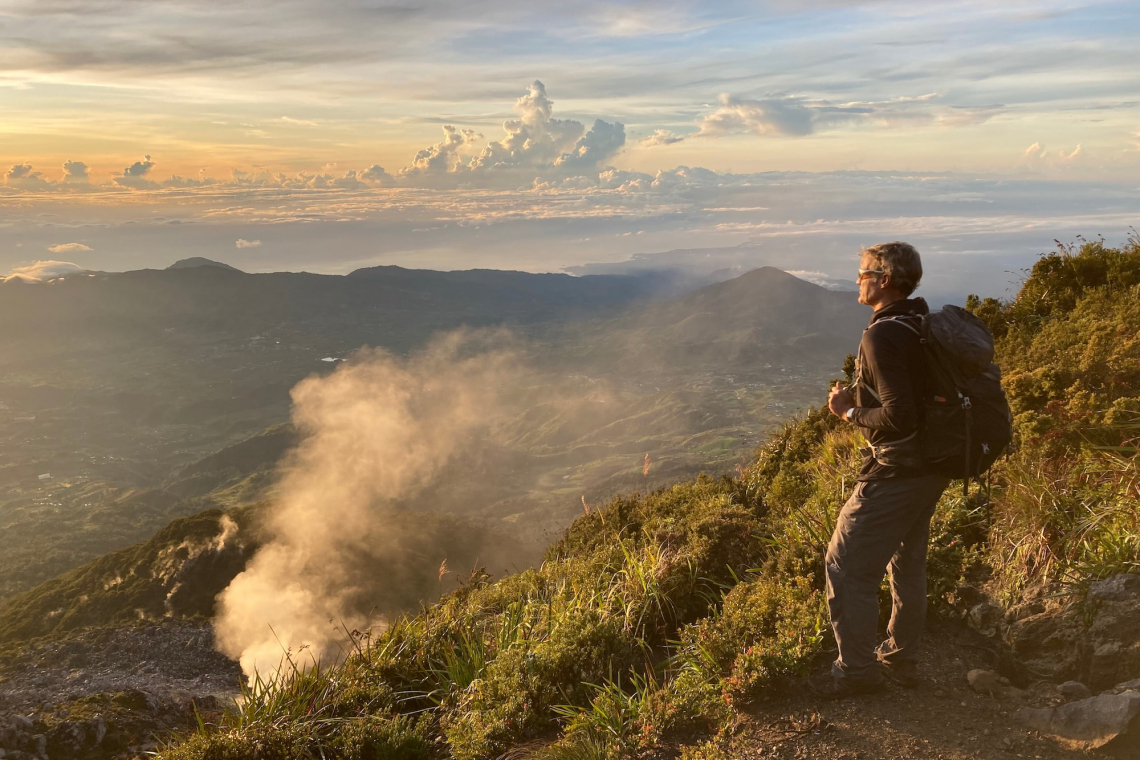 Topologically speaking, prominence is the elevation you must climb to reach a mountain’s summit, assuming you’ve taken the shortest route from the highest point on the same landmass. Everest is simple enough - the world’s highest peak is by definition its most prominent spot - but everything else is more complicated. For instance, while some consider Lhotse to be the world’s fourth highest mountain at 8516m, because it’s attached to Everest by the South Col, its prominence is a paltry 610m. Whereas, since it’s on an island, Hawaii’s Mauna Kea boasts 4205m of both elevation and prominence, making it the world’s 15th most prominent peak – meaning I had to go climb it. Indeed, if you’re ticking off the world’s 100 most prominent peaks, you’ll get to visit many tropical, volcanic isles. Just don’t expect them all to be tranquil trips. 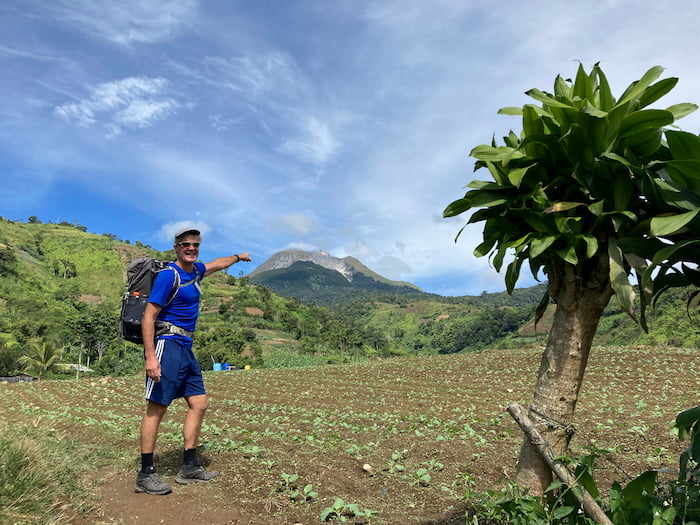 Considering that neighbouring Indonesia boasts ten of the top hundred, significant prominence in the Philippines is surprisingly scarce. Despite comprising over 7600 islands, only its highest peak, Mount Apo, scrapes onto the list, in penultimate place. Allegedly a solfataric, stratovolcano, this technical description was lost on me, though I did note some confusion as to whether it was active or dormant, and even as to its height, with measurements ranging from 2938m to 3144m. More alarmingly, however, Apo’s located on the island of Mindanao, which triggers cautionary travel warnings and is home to the Abu Sayyaf mob, whose stated goal is an Islamic state and whose major pastime is kidnapping tourists. Given I couldn’t trust my wife, Fiona, to stump up a ransom, I took her along as collateral. 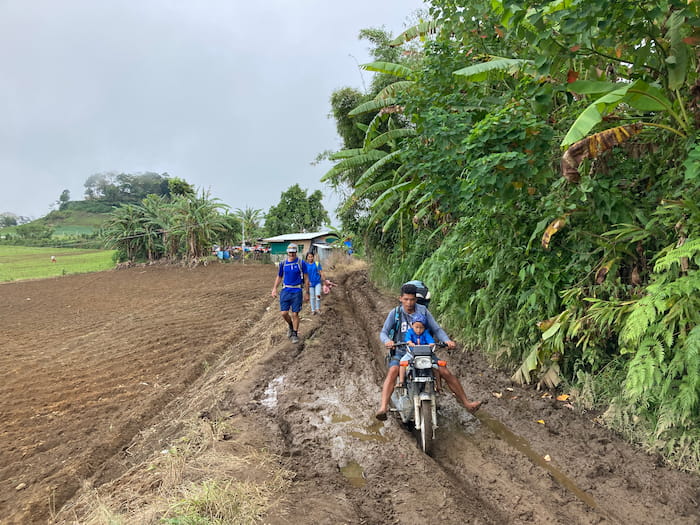 Disembarking at Davao International Airport, we faced an obstacle course of multiple document checks manned by very few staff, and it might have taken several days to get in, but for the absence of other arrivals. Once in Davao City, the sticky heat was enervating, and our jetlag wasn’t helped by restaurants displaying faux Christmas trees and playing syrupy carols, even though it was barely November. 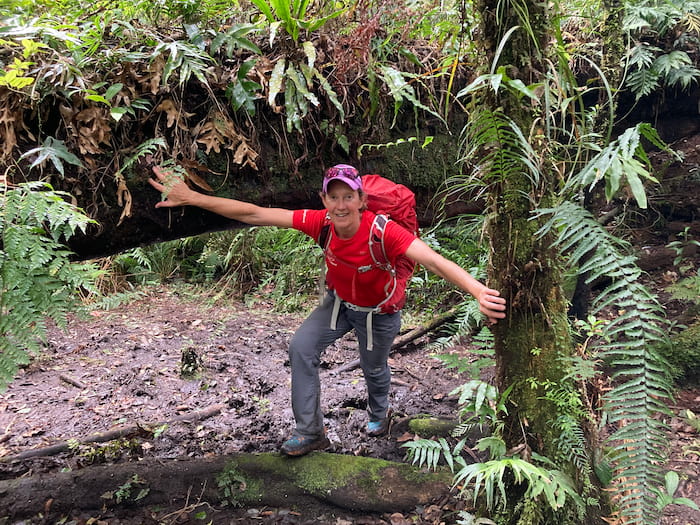 To refresh, we chartered a small boat to Samal Island for a daytrip snorkelling and relaxing, notwithstanding that it was drizzling, and two Canadians had been kidnapped from here and beheaded. On a brighter note, we got our first view of Mount Apo, some 35km west of Davao City. While hardly spectacular, I was relieved to see it at all, given only a few days earlier a typhoon had ripped through southern Mindanao, demolishing infrastructure, killing over 80 and leaving me - somewhat selfishly - fearing for our climb.

Early the next morning, we took a car to Santa Cruz to collect the requisite permits at the local government office. Directed inside, I presumed this to be for official paperwork, but it transpired we were starring in a photoshoot endorsing Santa Cruz as a tourist destination. PR duties complete, we continued by car to Kapatagan, where we shopped for provisions and picked up our local guide Roger, who sensibly preferred to be called Roy. Big, square shouldered, with a straggly ponytail and shattered front teeth, he looked like a gangland enforcer – but he had a surprisingly gentle demeanour and, better still, proved a good cook. 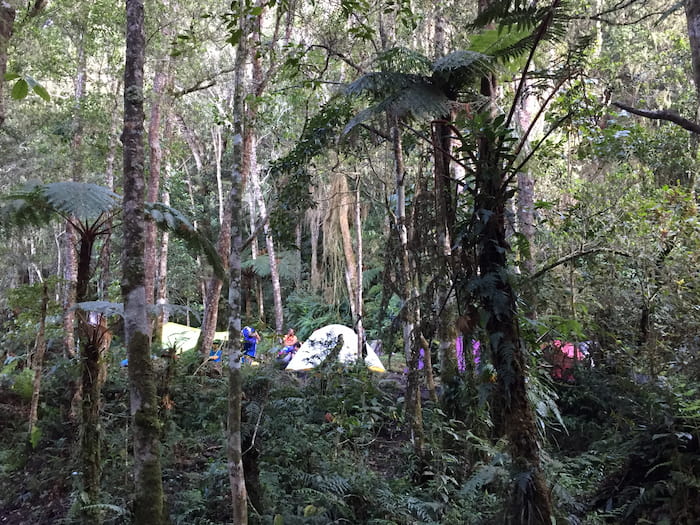 Shortly beyond Kapatagan, the road disintegrated into potholes and we were deposited at an arbitrary trailhead at about 900m elevation. After a smudgy start, the sky had cleared and across the potato fields stood Mount Apo, which in local lingo means ‘revered elder’ and was shaped like a battered fedora. We were approaching from its eastern flank, involving some 14km of distance and 2000m of elevation gain. This was the route taken on the first ascent in October 1880, by an expedition led by Don Joaquin Rajal, which needed to secure permission from the Bagobo tribe and was rather stumped when they demanded a human sacrifice - though after some negotiation, they relented.

As we unloaded our gear, a motorcyclist drew up, bagged up our tent and food, and gunned off. Fortunately, it transpired this was Ariel, our porter, who we met again half an hour later at the next village, by which time he’d added a woman and child to his load. Initially, the trail followed a slippery mud chute up through homesteads and colourful chrysanthemum fields. Soon, however, the farms petered out and the path was gradually engulfed by jungle - forcing Ariel to abandon his family and motorbike. In the overhead canopy, cicadas screeched collectively like an electric drill; while in the first clearing, we found a large group of Filipino hikers slumped, looking puffed but cheery.

After four hours, we reached Tinikaran Camp - a muddy glade at 2100m, with a dripping water pipe and some flattish spots – where we pitched our tent and strung up a tarpaulin. Then, we ate dinner and settled down to sleep, ahead of a planned early start - only to be woken by the late-arriving Filipinos, who decorated their tents with flashing fairy lights, played pumping music on their phones and, once they’d finally retired, kept us awake with their snoring.

At three a.m., we set off for the summit under headlamps, triple jumping unsuccessfully across a squelchy bog and then clambering up a vegetated gully by hauling on tree roots and vines. Emerging from the clammy forest, we were confronted by a steepening boulder field, which soon reduced us to crawling. Dawn broke in pastel hues from behind us, but with the boulders quite loose, the crevices quite deep and the consequences of a mishap quite serious, we rather focused on what was in front. And given the strong whiff of sulphur and steam billowing from fissures, I wished the volcanologists had reached consensus on Apo’s dormant status. 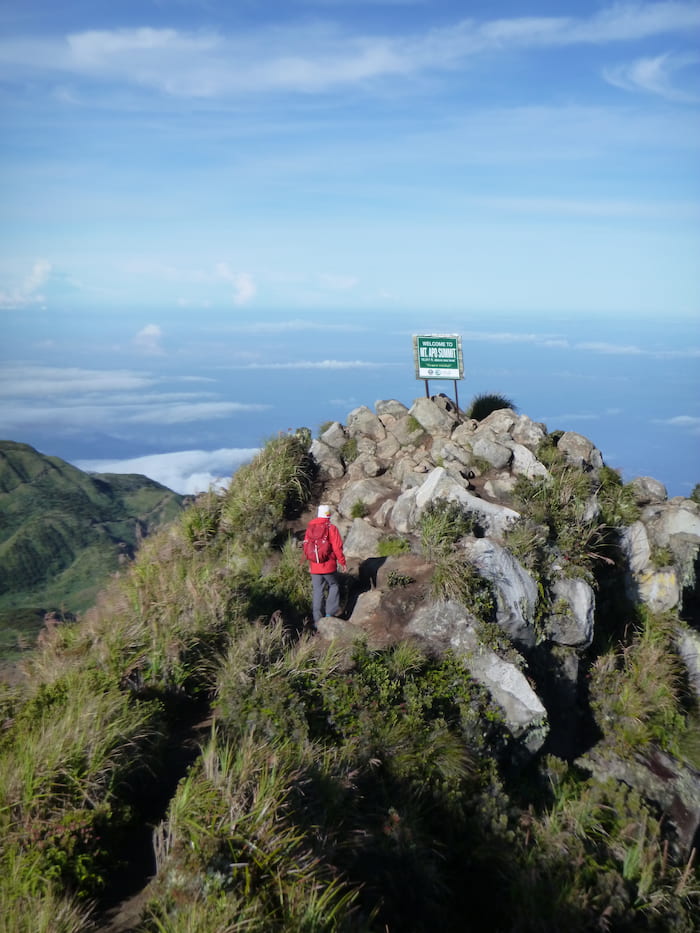 From a small mirror lake, a grassy ridge led up an unprepossessing hump, where Roy abruptly informed us that we’d reached the top. Caught off-guard by success, we struck a few half-hearted poses, before stomping over to another, more distinctive promontory which bore a sign claiming it was Mount Apo’s summit, despite being clearly lower. It was now six a.m., the sky was wispy blue and, for what it’s worth, I’d climbed 51 of the world’s 100 most prominent peaks - which admittedly left plenty still to do, but was a few more than anyone else.

With thunderheads brewing, we descended as quickly as we dared, passing the Filipinos still on their way up, looking puffed, cheery, and oblivious to their likely forthcoming epic. One of them politely requested me to share a selfie, which I considered due respect for a prominent mountaineer - till he called me sir, asked my age, and announced I was the oldest summiteer he’d met. 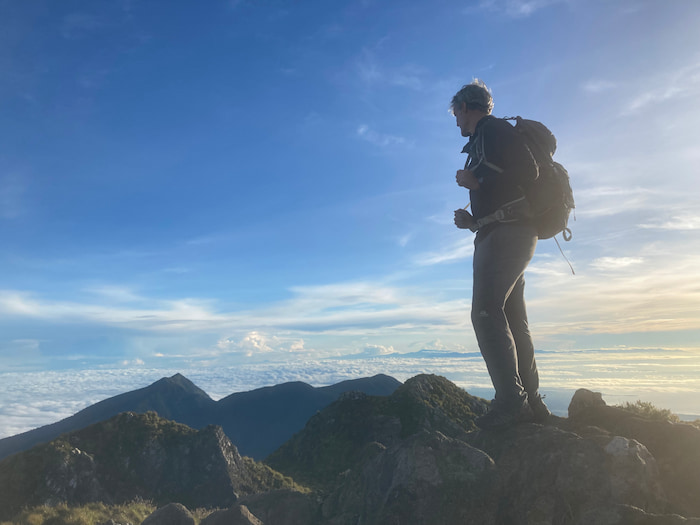 It took two hours down to Tinikaran Camp and another three back to the trailhead, by which time dark clouds had swallowed the mountain, and we were slip-sliding through drenching rain - interspersed with short bursts of sunshine which set the chrysanthemum fields steaming. Then we drove back to Davao City, sodden and mud-encrusted, via a delay at an army roadblock searching for terrorists.

That evening we celebrated in The William, a rooftop, self-styled gastropub frequented by expats and the local beau monde, and decorated with Astroturf carpets, mock suits of armour and gold urinals. Glancing down at the street below, I watched four men in identical black outfits dismount from motorbikes, pull on black face masks, unsling automatic rifles and head towards the bar. Having seen Hotel Mumbai, I knew what was happening next. Abandoning our drinks, I bundled Fiona down the stairs - after she’d refused to jump 10m off the terrace - barging frantically past the gunmen on their way in. Perhaps I should have tried to save other patrons, but there just wasn’t time. Then, we hid in the carpark, waiting for the executions to commence, increasingly bemused by the continued gaiety up above, till the gunmen came out and rode off. Venturing back inside, we shamefacedly sought the manager (suitably surreally, a nomadic Old Etonian from Cornwall), who sympathetically explained that the four gunmen were the local anti-terrorist SWAT team on their nightly patrol, checking up on The William due to its prominent clientele. Plainly speaking, prominent means somewhat sticking out. 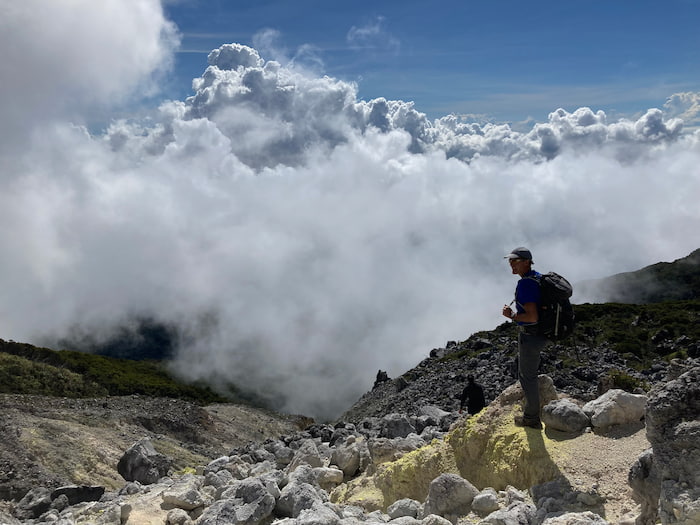