Pangolins in Peril - Will they go extinct before most know they exist? 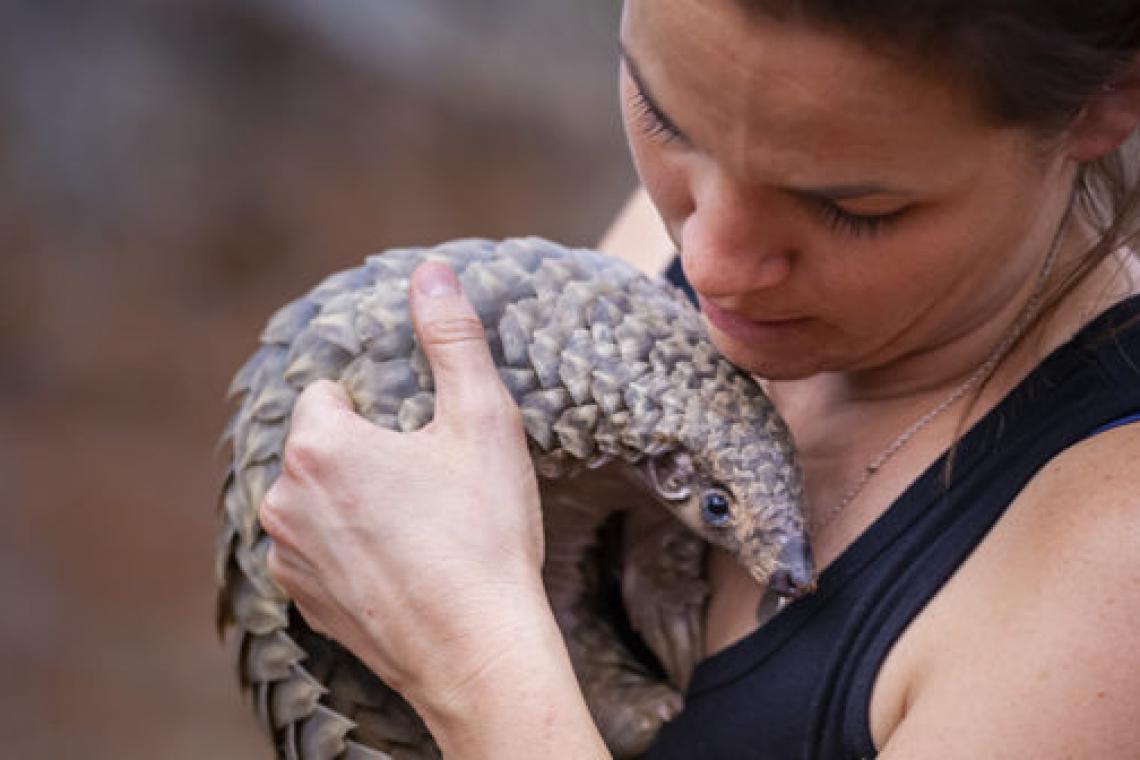 Slowly, the tiny ball in the wooden crate began to unwind. Its scales moved and a pointy nose followed by two black button eyes emerged. Natalie was entranced. The baby pangolin unwrapped its tail, holding out its front legs and gazed at her, asking to be picked up. It was love at first sight.

Natalie is a veterinary nurse, used to caring for all sorts of African animals – but this young pangolin is a first for her.

Ramphy – named after the good Samaritan who had seen it fall off the back of a pick-up and bounce onto the tarmac – was brought into the Rhino Revolution at the end of October. It is thought that sadly his mother was also on the vehicle, having been taken by poachers to be sold – alive or frozen – as food and fake medicine in Asia, the Conservation Action Trust reports.

Natalie recalled “When Ramphy first arrived, he used to shake every time I opened his box”.

It was heart-breaking to realise that he was trembling from fear, missing his mother and terrified what this human was going to do to him. He has now calmed down and it touches my heart to see him with his little front arms outstretched, wanting to be picked up. He just wants to curl round my neck”.

Young pangolins stay with their mother until they are about a year old, riding on their mum’s back, and so Ramphy wants close contact for reassurance. He is one of eight pangolins that have been brought into the Rhino Revolution Orphanage, since September. 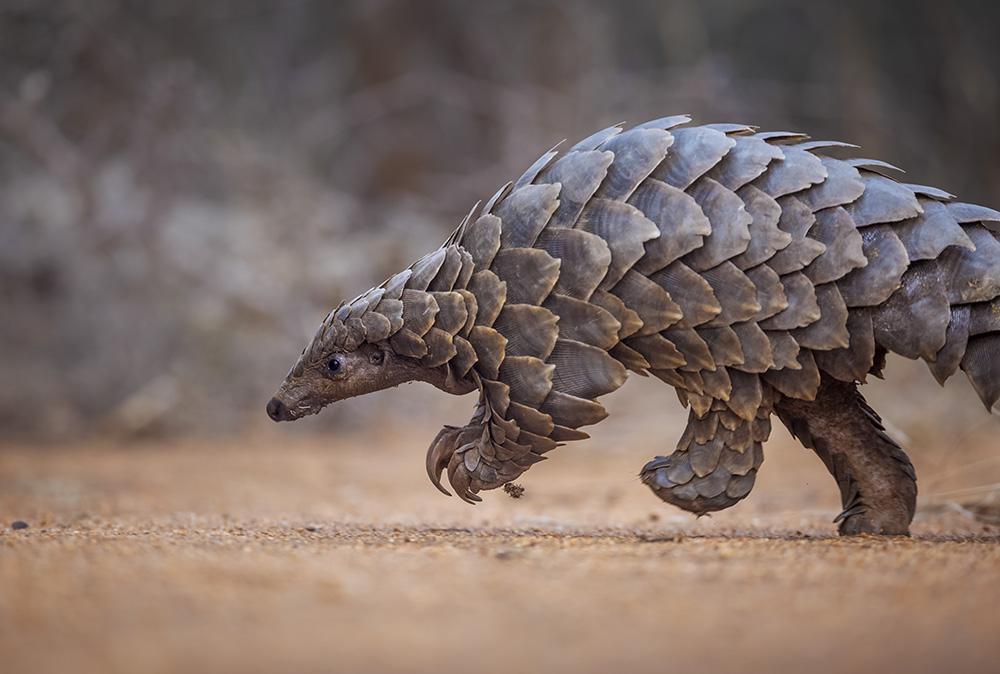 “They are being seized from poachers by the Hemmersbach Anti-poaching Unit. After being kept illegally in captivity the pangolins are arriving severely compromised – very stressed, badly malnourished and dehydrated.”

Rhino Revolution has formed an alliance with the African Pangolin Working Group to provide a rehabilitation service and centre for pangolins being seized from poachers in the Lowveld.

Pangolins are now the world’s most illegally traded mammal.

They are being seized from poachers by the Hemmersbach Anti-poaching Unit. After being kept illegally in captivity the pangolins are arriving severely compromised – very stressed, badly malnourished and dehydrated.

The rescued pangolin require round the clock, 24/7 medical care and support. They are being fed with a supplementary protein feed, via a feeding tube, to try and improve their nutrition.

At night, if well enough, the pangolin are “walked” in the bush for them to find their own food supply of ants and termites, to encourage natural feeding behaviours and dietary intake as soon as possible.

An armed guard accompanying a pangolin on an evening walk. (Supplied: Neil Aldridge) 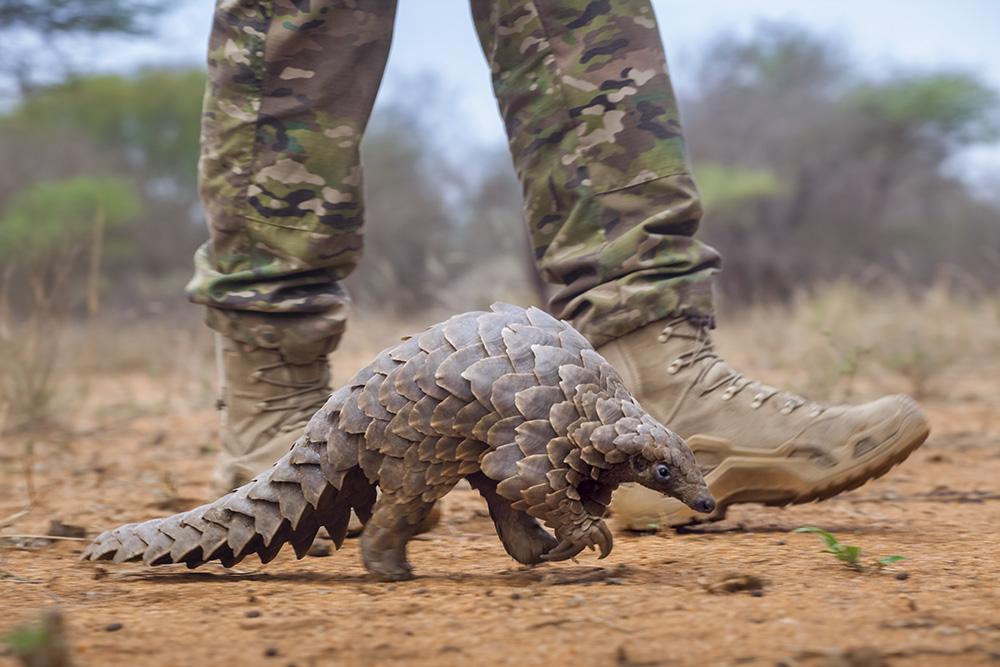 They are accompanied by an armed guard for security reasons.

“It is exhausting work, looking after the pangolins,” explained Natalie.

“Pangolins are mainly nocturnal, and walking in the bush can take many hours every night. I am amazed to see the different personalities these pangolins have. Pumpkin, who was brought in on Halloween, is so feisty and brave whereas Aura (named after the windy weather on the day she was rescued) is very timid and nervous. Poor Ramphy is still too little to really walk much at night – but he comes along for the ride, as he is awake at night and wanting cuddles.”

Rhino Revolution’s aim is to release the pangolins back into the wild as soon as possible – once they are healthy and weigh more than 5kg.

The first pangolins have already been released, each wearing a GPS & VHF tracker, so their progress and well-being can be monitored remotely. They are being released into secure reserves in areas as near to where they were found as possible, and monitored remotely by researchers. 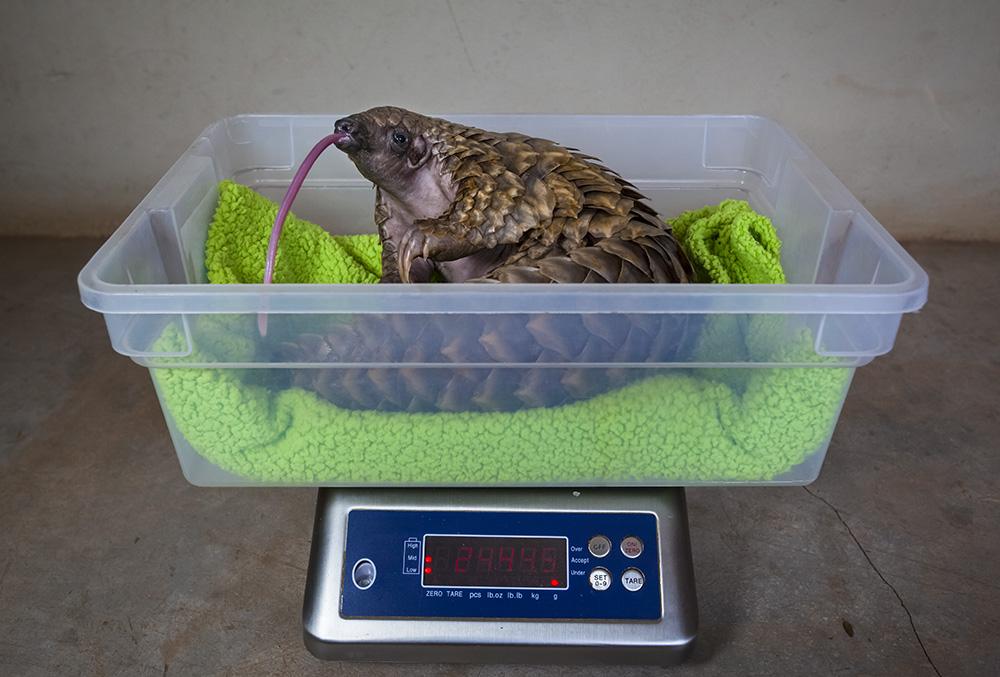 As Natalie picked up Ramphy on their evening walk, she sighs and said “the hardest thing about caring for pangolins is how little is known about them”.

“This dramatic escalation in poaching has only just started. Everything we are doing and trying is new – it feels like we are at the cutting edge of the rehabilitation and re-wilding of this little-known animal. Most people don’t know what a pangolin is, and even fewer have been lucky enough to see one in the wild.

“But pangolins just don’t seem to tug at the heart-strings – or wallets – like orphaned rhino. We run the real risk of them becoming extinct before most people have even heard of them.”

On that sombre note, Natalie walks off into the darkness, Ramphy riding shot-gun on her shoulder – accompanied by their armed guard.

Rhino Revolution’s veterinary and husbandry costs are rapidly escalating. If you would like to help please see www.givengain.com/cc/rhinorevolutionpangolin/
or www.rhinorevolution.org/donate 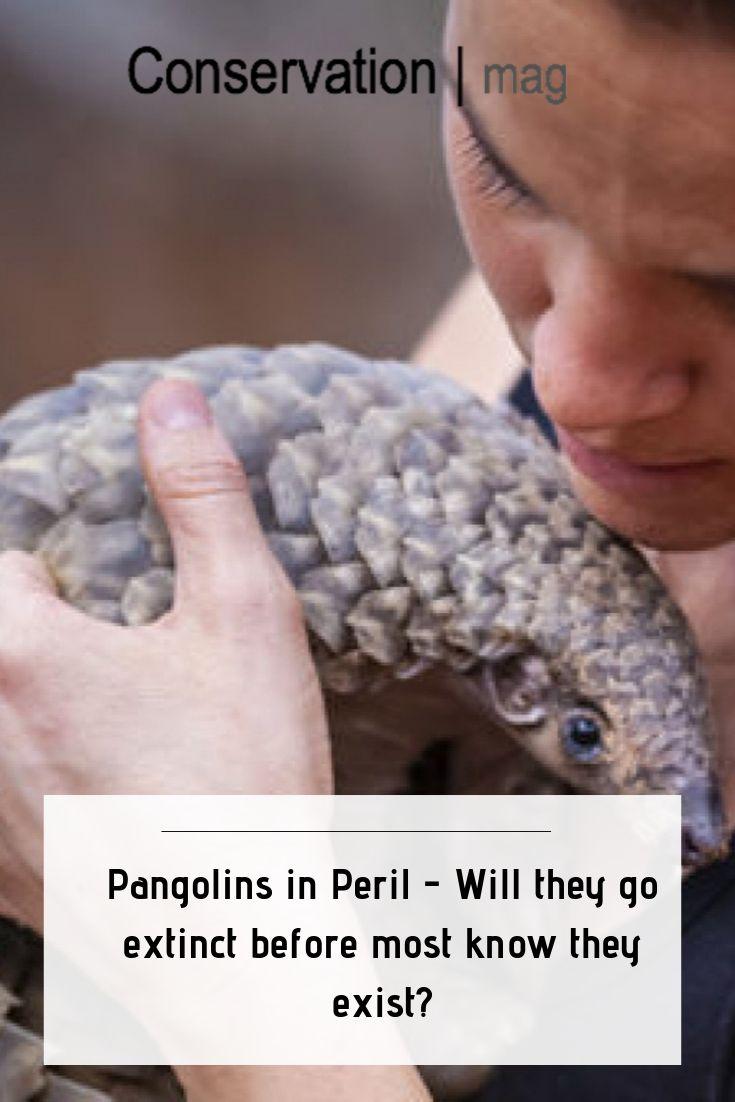